Bobby is back with Nanhe Jaisalmer 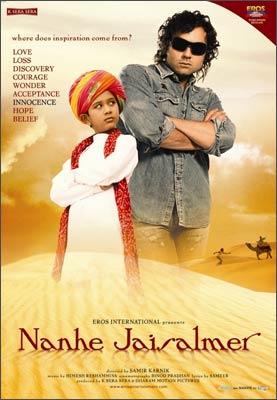 Even as we write about the Deol season at the marquee, here's yet another Deol release that we will see next month.

Bobby Deol will star in Nanhe Jaisalmer, directed by Samir Karnik. Karnik had given us Kyon...Ho Gaya Naa! three years ago, which starred Amitabh Bachchan, Aishwarya Rai and Vivek Oberoi.

Nanhe Jaisalmer tells two stories from different points of view -- a small-town child's perspective as well as that of his matinee idol's.

The makers promise that this is an emotional and yet, entertaining film.

Himesh Reshammiya has composed music for the film.

Will you be booking into world's first space hotel?

'Below 50% chance that ceasefire will hold'

Ready for any responsibility: 'Metroman' Sreedharan