When the James star was flabby 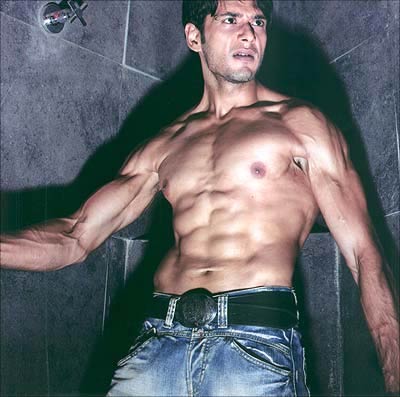 We asked readers to tell us if they had grown up or studied with movie or television celebrities. And we got a great response!

Sharing his memories is Manish Kejriwal, who studied with Mohit Ahlawat.

Mohit and I studied in the same school in Panipat. He was three or four years senior to me, and comes from a well-to-do business family.

He was very flabby in school. The change in his physique now is incredible. I could not believe my eyes when I saw him in a Ram Gopal Varma film (James) years later.

His elder sister was the school captain and was considered an all-rounder -- both in studies and sports.His younger brother was a good cricket player. Last time I heard, he was playing club cricket in England.

Mohit's determination to do well in a new career is praiseworthy. I wish him success.

Grew up with a star in the same neighbourhood? Studied with them in school? Had a star friend in college? Hung out at the canteen together? Bunked classes? Maybe even hit on the same pretty people?

What were they like? What did you think of them then? Did you ever foresee their success?

We look forward to hearing from you.