This week, we carried an interview with novelist Qaisra Shahraz of Pakistani origin, whose new book Typhoon (also published as Love's Fury) has just hit bookshelves.

We have also published an excerpt from Chapter 1 and today, for your reading pleasure, we bring you yet another extract from Chapter 7:

In Fatima's courtyard, Naghmana stood shellshocked, leaning against the veranda pillar, her eyes on her aunt's face, unable to believe what had happened.

'Get out of my sight, you churail!' Fatima screeched, striding out of the courtyard into the kitchen.

Unsteadily, her head aching, Naghmana climbed back up to her room. There, she collapsed on her bed in a heap and buried her face in a pillow. Unable to move! Unable to think! Unable to feel! Frozen in space and time. This thing had been so sudden, like a typhoon, catching her in its mighty eye, violently sweeping her along to an unknown destination.

Downstairs, Fatima stood shuddering. She was unable to accept that her favourite niece had been caught in a heinous act -- doing something so terrible with another woman's husband. It had to be a mistake! It had to be! She couldn't even utter the word to describe the crime she had committed.

'Adultery!' Her body trembled against the kitchen wall. Even to think such a thought was a sin. And her niece had actually committed it.

'Oh, Allah pak, help us all and forgive my niece for the terrible sin she has committed!' she cried aloud, pressed against the plastered wall of her kitchen. She glanced down at the large dish of puris with disgust.

Plucking away the cloth, she flung the four oily puris across the kitchen. One struck the wall and, smeared with a fatty layer, it clung there. The other three splatted down on the floor.

'I spent all morning preparing a special breakfast for that slut, little guessing that she was going to muddy my face in this fashion in front of everyone. Allah pak, please help us! Listen to me, I beseech You! What is going to happen to her?'

Hot blood thundering through her veins, Fatima strode angrily out of her kitchen, and marched up the steps to her niece's room. 'What have you done?' she shouted, unable to say her niece's name. 'You - you...' Flinging the door wide open, Fatima stood in the doorway -- a forbidding, angry figure.

Naghmana sat up. Then, despairing at the look of disgust on her aunt's face and the contempt in her eyes, she turned away. The cheek with the stark imprint of her hand mocked Fatima. Fire flared and licked through the older woman. Her head throbbing with rage, she rushed to the bed. Grabbing hold of her niece's hair at the crown, she jerked Naghmana's face up.

'You have ruined me, Naghmana! Me -- your widowed, childless aunt. I doted on you -- I respected you! What sort of woman are you? Have you no shame, no sharm? You slut! I have lost our izzat, our family honour, because of you. You have dumped it all away and buried us all in the mud of disgrace.'

Fatima yanked at Naghmana's hair again, as if that would somehow assuage her impotent rage and shame. 'If you were so desperate for a man, why didn't you tell us, for God's sake? We could have married you off. Why did you have to chase another woman's husband? To steal a married man out of the arms of his wife? Do you know what the punishment is for an adulteress? Do you, you bitch?'

Fatima peered deep into Naghmana's eyes and hissed, 'Hajra has gone to see the Buzurgh, and she will not let you get away with it. She'll make sure you are punished and shamed by the time this day ends. For all I know she has hopped already to the village jadoo gharani, the magic woman. At this moment in time, she is probably having a rag doll stitched in your image. She'll be busy gathering all the pins and showing the old hag where to stick them. Listen to me hard, you slut! There is no feeling more wounding than the hurt and slight experienced by a mother on behalf of her beloved child. Hajra adores her Gulshan. She is her only child -- all her life's dreams she has lavished on her Gulshan. She will have your blood for the suffering and heartache you have caused her innocent daughter, believe me, Naghmana! You do not know what you have unleashed. You have set a storm upon us -- you madwoman!'

Stricken and bewildered, Naghmana merely blinked up at her aunt.

'Auntie, you don't understand,' she ventured through dry lips. Then she stopped, remembering his words. Numbed to her very soul. No way out.

'What don't I understand? That you have brought a toofan into the village by your lewd act?'

Putting her hand to her throbbing cheek and squeezing her eyes shut, Naghmana simply gave up. The ferocious eye of the typhoon was indeed hurtling her further into oblivion. And she was helpless to stop it. Apparently she had no control over the tide of events set in train by her action in seeing Haroon. The few precious minutes with him in the night had cost her dearly -- cost her her honour and her humanity.

'Oh Allah pak, it wasn't planned. It wasn't!' she silently screamed in her head.

'You have made me infamous today, churail. I will have to carry the burden of your shame for life. I wish you had never been born, Naghmana, and that I had never invited your evil face to this village. If only I had known what a dirty woman you are! God help us! God, Naghmana! Go and bury yourself -- or better still, drown yourself in the village well. For that is the only place where you and your shame belong!'

Fatima wrenched at Naghmana's hair once more, before flinging it back as if its touch had soiled her hand.

Naghmana watched her aunt leave in despair. Burying her face in her hands, she wept bitterly. Fatima's terrible, wounding words ricocheted around her head.

'Oh God, what have I done?' she cried to the empty room. Her much longed-for holiday in her aunt's village had turned into a nightmare -- a typhoon, sweeping her and the whole village along with it.

In Sardara's large dairy courtyard, five black milk buffaloes stood placidly enduring their morning milking, gently turning their heads from side to side as Sardara's eldest son and his two young local helpers milked them with the aid of modern appliances. Large steel containers filled with fresh creamy milk were lined up, as well as smaller vessels, like jugs left by the two neighbouring families, against the courtyard wall. All were covered with clean muslin cloths.

This morning Sardara wasn't at her post, supervising the milking proceedings in the animal courtyard annexed to their main large courtyard and two-storeyed house. She was very much otherwise engaged, huffily busy with her guests and the removal of the portable beds and bedding from the large main bedroom by her woman helper. Her daughter's mother-in-law Neelam with her twin adult daughters had arrived the previous night and caused quite a flurry. Their arrival hadn't been anticipated and by the look of their two bulging suitcases, they were here to spend their holidays, although they hadn't bothered to inform her how long they were deigning to honour her with their presence. Hence, much to Sardara's annoyance, her daily routine was in ruins -- even more so since she had not been forewarned and, therefore, had been unable to prepare mentally and physically for their arrival. Meat had to be defrosted, vegetables chopped, rice soaked and best china to be extracted from the showcases, all within an hour. And she had to entertain them at the same time. The mother-in-law just smiled and got comfortably into her role as 'an honoured guest' by straightaway asking for her 'hookah'.

Thus, instead of her beloved chore -- the milking -- poor Sardara found herself sorting out the bedding! Putting out the best items of course -- the softest of all under mattresses, the crispest of sheets, and only duvetcovers with broderie anglaise or in velvet. It was making her feel very annoyed, for she definitely hated doing housework. Her enjoyment lay in spending time with her animals, particularly working with her five milk buffaloes that she had raised herself from young calves.

On top of all this, the arthritis in her knee joints was giving her a lot of trouble this morning. These days she couldn't even lift a footstool, let alone prop a sturdy charpoy on her shoulders and cart it around effortlessly, as all the other village women were adept at doing. And like she used to do herself until a few months ago. 'I have become totally useless! This huge body has betrayed me! I, the one who never physically rested even for a minute all her life,' Sardara mournfully confided to her kurmani, her daughter's mother-in-law. 'How can I run the dairy, a home and cope with a stream of people coming regularly to collect milk with a body that day by day is becoming more and more cumbersome and difficult to move around? Can you believe it, I can't even lift a jug of milk these days? My wrists just give way. In the old days, I thought nothing of carrying large chatis, huge earthen pots full of milk, on my head. I was so good at it. I never let them wobble even for one second. Can you imagine it? Those were the days, my friend, when we had our slim bodies and tons of strength to go with them. All this surplus flesh draped around myself in rolls is useless. Useless, I tell you! I am having to drag it around with me. Sometimes I think I am dragging another body alongside my own. In reality I probably am. Do you know how many kilos I weigh? On second thoughts I'd better not tell you -- it's so embarrassing. I just don't know how to lose all this terrible fat. I only eat once a day.'

Neelam smiled to herself, clearly recalling the three parathas, layered and dripping with fat, that Sardara had consumed with much relish the last time she had visited them. The milk woman's one meal was definitely equal to three of other people's. If it didn't turn into rolls of fat, where else would it go? No amount of sweat would drain it away.

Excerpted from Love's Fury (Rs 299) by Qaisra Shahraz, with the permission of publishers Penguin Books India.

Want to buy the best stocks with moderate risk?

How to Raise A Happy Child 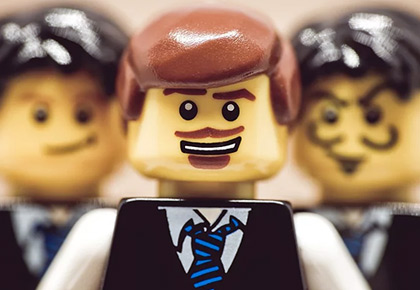 Revealed! What ANNOYS employees the most

To Hell And Back: A blast victim's inspiring story

'The first time you see your name in print, it's magic!'

A glimpse from Chicken Soup for the Indian Soul