In response to the incident of a young Mumbai woman killing two people in a suspected case of drinking while driving early on Saturday morning we asked readers to send us suggestions on what must young people do to stop such tragedies that destroy lives.

If implemented these could surely help save a few lives to say the least:

Let's discuss on the current Drink and Drive issue. First of all we are talking about the population which is propably more literate (ironically less educated in case of crimes). To handle them it should be more easier, to catch them young. Suggest to educate them in the college about this aspect. But at that age when you simply tell them do not drink and drive, then you tell them you can drink but do not drive which again is not the message to be given. We need to educate them rationally.

Many more ideas support my ordinary/common logic when I look for a solution here. To put down a few:

1. Make it statutory for all vehicle owners to submit an affidavit that their Vehicle will never be driven by a Drunk driver. On submission of this they may get a clearance certificate from the RTO (Road Transport Office) which they need to have in possession while driving. This would make them more inclined to be on the positive side of the law. Still breaking the law would ask for double the penalty.

2. Law breaker to serve the community for a given time as decided by law.

3. Law breaker to pay the penaly and submit apology letter supported and signed by any 5 people who know her/him. This would put her/him in a embarrassing position and would hesitate to avoid this situation again.

4. New cars to have a compulsory Inbuilt Alchol decators. Old cars to install the same. This may be implemented post making this statutory. I have no clue on cost implications but who knows if this may be possible.

5.All public transports to have a small message in this area of crime.

6. Have a new voacational line developed for PART TIME DRIVERS who may be aligned with the pubs, bars and clubs.

This issue can take a toll on non-drinkers also as who knows which drunk driver might come and ram into your vehicle. So let's participate and contain the deadly incidents which kill people.

Today nobody is worried about losing a driving license. Because you can easily get a new one.

With centralised databases across India and unique identification number, every offence will be logged. This can be help us find the pattern in database which can identify potential offenders. This proactive identification can be used to educate specific target groups.

Current system of policing is human-dependent. Constable identify suspects based on certain traits like clothing, family or group of people. This excludes affluent class from any checking in their lifetime. Usually a low level police officer is ordered to stop a high-end vehicle.

We can have certain rules to stop and check any vehicle. This rule should be random (for example: stop every 25th car on the check naka) and should be strictly followed. This will keep every car driver alert and will make sure that every person follows the rules.

Ravinder Rawat: We need a two-prong approach to be carried out in tandem

Fines should be increased but then money is relative. Rs 10,000 may be deterrent for the aam aadmi but not for a rich brat.

There should be a MANDATORY jail sentence together with fine. Even if it's for JUST one week. It will make a huge difference.

Also, add demerit points on Drivers leading to cancellation of licence on recurrence of offence.

Seize the vehicle for a month.

Nothing is going to work if the laws are not enforced strictly. Diligent monitoring and tracking of offences by senior police officers to ensure that it's being enforced.

Mayur Prabhu: Only enactment of stringent laws is not going to help the system

We need a stronger judiciary to execute the punishment. Few steps that could be taken by the government:

Basu Guha: What prompts people to drive after consuming amounts of alcohol

I am seriously surprised at these events of drunken driving leading to fatalities. Two innocent lives lost, and families shattered. So many lives have changed forever owing to lack of judgment by a single grown-up adult person.
Nooria is 27 years-old as reported by the media. (The same media which has reported two different reasons for the accident in papers owned by the same group, but that is besides the point here). She is not 14 or 16. Someone who has lived on her own in the US and come back to pursue a profession. Many people her age get married, have kids and also hold responsible positions at work.

What prompted her to drive her vehicle after such reported huge amount of alcohol, close to 6 to 7 large pegs? I am sure someone who drinks that kind of alcohol is not an occasional drinker and must have done it earlier too. I am not against drinking or drinking in large amounts.

What puzzles me is the psyche behind driving a car to a party or gathering with friends where one is sure to drink and revel? Did she think that the police might not catch her or that she will be able to drive back home steadily? For God's sake we have so many cabs in this city not to mention the services of Meru or Mega cabs too. One call for a cab would have saved the lives of the people who died for no fault of theirs and saved Nooria all the legal tangles which she is finding herself in.

This city has regularly featured in the media with cases of drunken driving but something is seriously wrong in the psyche of the people who don't seem to take things seriously until something happens to THEM!

Last but not the least what kind of friends did she have who were reported to be hanging around with her? Were they really friends? Or were they simply acquaintances? I don't think any good well-meaning friend would allow her to drive away after such a heavydrinking session. They are friends whom we can choose not relatives.

Everyone is to blame to a certain extent: Nooria herself, her parents, friends, laws and enforcement of laws. In a country like ours, laws alone won't act as deterrent or help improve the drunken driving situation. People themselves have to become serious and take responsibility. Friends have to stepin and grab the reins before it is too late. Parents also have an active role to play. Accept that their child/ children drink and then help them become responsible by not admonishing rather instilling safe ways of drinking and reaching back home.

Ganesh Deshpande: In this age of chip-controlled engines, the following could be easily implemented

To prevent fooling this system, have the system prompt the driver every 5 to 10 minutes to breathe into the analyser (which can be conveniently placed to be accessible while driving, and anyway, if drivers can take out cell phones from their pockets and talk on phone endlessly or fetch a bottle of soft-drink from a cool-pocket between seats or light a cigarette on the go, there's no excuse why they can't access a mouth-piece for a breath-test which hardly takes any time). If the repeat test fails, the ignition can be switched off after a timed out visual and audio warning to the driver to pull-over for having failed the test.

Of course, the practicality of all this would have to be studied for mainstream use.

Interesting suggestions received. Few of them are futuristic, like sensors for all cars to indicate drunk driver and sensors to not allow speeding within city limits after 10 pm.

And a few of them are impractical, like making COPS stand outside of pubs and bars.

Suspension of license does not worry lot of people because there are plenty of people who drive without license and they know that they can easily get away with Rs 50 to 100.

One of the important reasons why drunk driving is under control in western countries is due to the heavy punishment that comes along with it and also the way it's enforced.

Since we cannot impelement the futuristic ideas in a hurry, we will try to work with what's currently available.
Two basic things only: Enforcement and STRICTER punishment.

Share with us your suggestions on how we can eliminate drunken driving among young Indians and how we can bring safety to self and others on the road.

Write in to getahead@rediff.co.in with the subject line -- Stop drunk driving today! -- and we will publish them, right here. We want to hear from you! 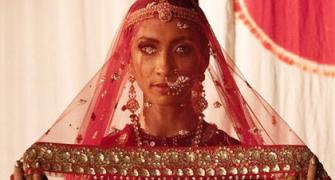 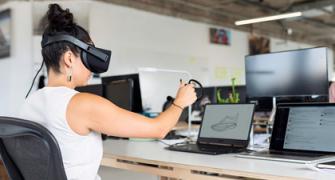 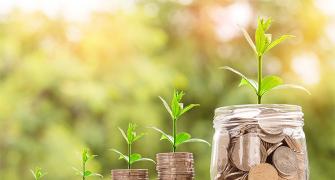 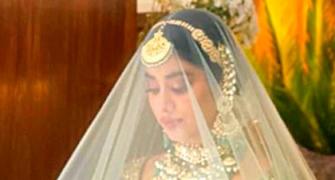