According to the National Crime Record Bureau (NCRB) one married man commits suicide every nine minutes in India.

The data released recently showed that among the 1,25,017 suicide cases registered in 2008, 57,639 were married men. The figures also show that while the overall increase in suicides among women was 355 over two years, the number was 2,187 among men.

It is a worrying trend that prompts the question: do men handle stress less effectively than women?

Do you believe that women are better equipped to handle stress than their male counterparts? Or are men under greater pressure, both social and economic?

While women are often referred to as the weaker sex, it would appear from the figures that men are more prone to giving in to the pressures of work and family. Would you agree? 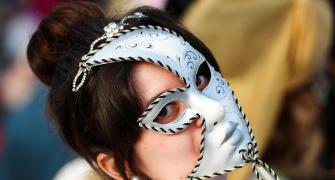