A few things you rarely see in India anymore 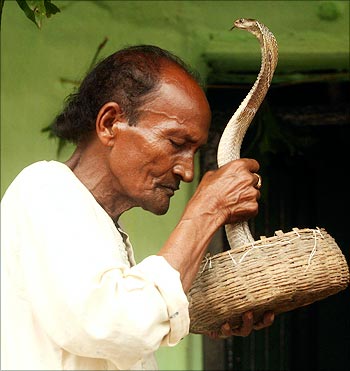 The times they are a-changin'.

As technology advances and the quality of life improves, newer and better products lead to the extinction of the old. Here are a few things you rarely see in our country anymore, some of them exclusively Indian.

Yup, the quintessential representation of India to the Western world is fast becoming a blast from the past. Up until a few years ago, snake charmers roamed even metropolitan cities, amusing and frightening a curious, serpent-worshipping public. Now, of course, with animal cruelty and wildlife laws being strongly enforced, it's rare to chance upon one, especially in urban areas. Which is just as well, probably, because the snakes are usually subjected to cruel methods of submission -- they are drugged, starved, their fangs are removed and sometimes their mouths are even sewn shut. 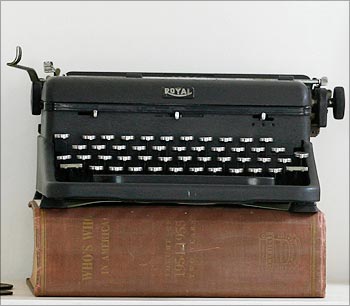 Image: Typewriter
Photographs: Enrique de la Osa/Reuters
You may argue that they've disappeared altogether, but no. From households and offices, maybe, but the typewriter is yet to take its final curtain call. You can still see professional typists use the good old typewriter in crammed stalls outside Indian post offices and courtrooms. The day that all of them switch to computers, however, doesn't seem too far away. 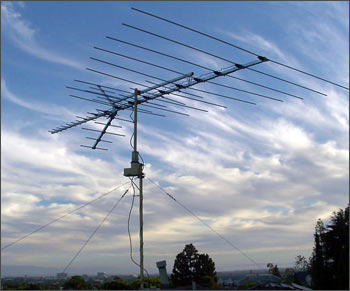 Up until a two decades ago, all Indian households had a tall antenna balacing on the rooftop or over the television set. That was the only way you could get reception on your television -- all two channels of Doordarshan! While these have almost disappeared from the urban landscape, you'll still see them in small towns and villages. But they're on their way out. 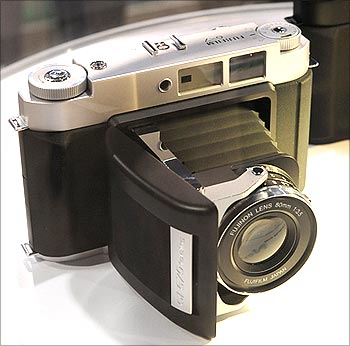 We're turning into a country of digital desis. When was the last time you even saw a camera that uses film rolls? Cellphones and digicams are the order of the day. And the near-extinction of the film camera has also seen the decline of photo albums.

Except for special occasions like marriage, you'll find that photo albums are now a thing of the past -- whether it's a trip to Europe or your niece's second birthday party, everyone's pics are now online or stored on computers and compact discs! 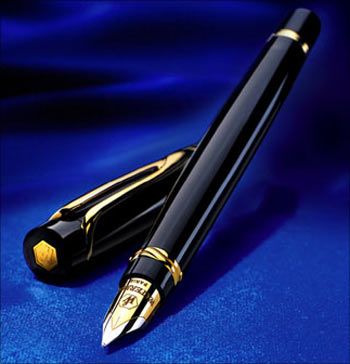 They were once compulsory in Indian schools. But now, convenience is the name of the game and with so many alternatives like the ballpen and the micro-tip, the fountain pen's popularity has faded. It is only aficionados and creatures of habit who continue to flourish theirs today. 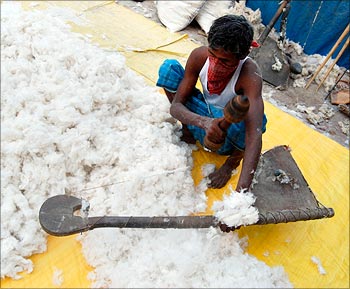 Do you remember a time when the lep wala, dhuniya or mattress fluffer arrived at your home with his twangy instrument to get your bed in ship-shape order?

Stuffed cotton mattresses needed to be re-stuffed and batted from time to time to ensure there were no lumps and bumps. But that was before the days of dunlop and rubber foam. Today, to see them walking down the street calling to housewives is a rarity. 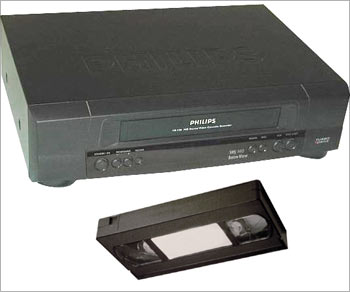 Now this has more to do with technology. We had film reels, then video cassettes, then laser discs, then vcds, now dvds -- who knows what next?

In any case, up until the '80s, practically every Indian household that could afford it had a video cassette player -- remember, this was before cable. Of course, once cassettes were out, the players were out. But you'll still find a few old ones around, most likely in homes where there's a major collection of cassettes. If you're smart, though, get your home videos and other one-of-a-kind recordings transferred to DVDs!

Hand-written letters and the inland aerogramme 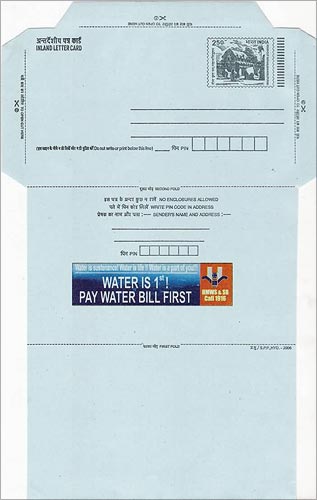 Who writes letters by hand anymore?

Email, social networking and live chatting online have made hand-written letters obsolete. And while it's practical, it doesn't quite have the same feel, does it? Especially if you've read a stack of love letters from Grandpa to Grandma -- the whiff of ageing paper, tied carefully in red ribbon and preserved in a shoebox. Aah! Somehow retrieving a romantic poem from your inbox is not quite the same!

And how about the inland aerogramme? Remember those? You'd write on one, then seal it into an envelope using its own gum-lined edges and post it. With hand-written letters dying out, it's only natural these are dying out too. 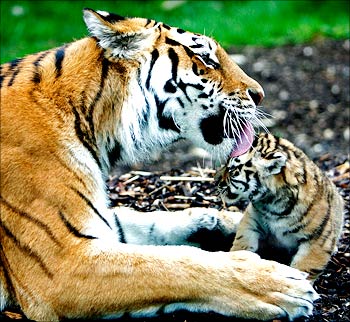 Isn't it ironic that the Indian national animal may soon cease to be found in the nation altogether?

On the verge of extinction, the tiger is a source of national pride and yet, not enough is being done to protect the majestic beast from poachers and encroachers.

Tiger-inhabited areas are seeing shrinking populations and who knows, maybe all our grandchildren will know of the animal will be gleaned from museums, documentaries and books. 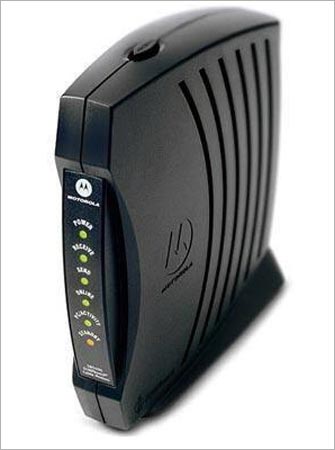 Back to technology. If you still don't have a cable Internet connection, you're just not with it, 'dude'! Let us have a silent moment for the modem, which served us faithfully all those late nights surfing the web before it became nearly obsolete.

Of course, it also frustrated us to the breaking point when it simply wouldn't connect or the phone line went dead...hmmm. Come to think of it, we won't miss the modem after all! 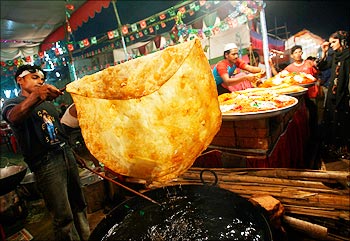 Highway eateries are not disappearing. Far from it -- if anything, they're increasing dramatically in number. But the thing is, they're replacing the authentic Indian truckers' dhabas. Got a favourite dhaba, where you've been stopping en route to a particular hillstation ever since you can remember? A small shack just off to the side, dim bulbs hanging off wires, khatiyas, butter-soaked parathas, creamy palak, biryani...Well, the next time you stop off, boom! Don't be surprised if you see a family joint in it's place with a halogen billboard, seating for 50 and an overpriced menu! 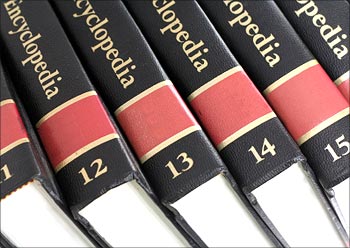 No, we're not talking about Wiki.

We're talking about those heavy, leather-bound volumes with general knowledge on everything that could possibly fit into the pages of a book in alphabetical order. It was a matter of pride and created an illusion of intelligence to have encyclopedias sitting on your book shelves at one time.

Some still have these once prized sets, but you'd probably have to blow a decade's dust off of one just to see the cover. And when you open it, don't be suprised if there are more silverfish than pages. After all, this is the age of the search engine, isn't it? 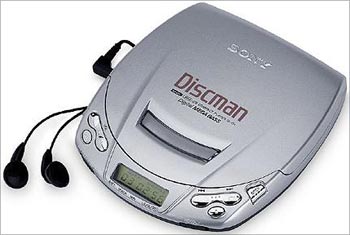 First there was the walkman.

Then there was the discman.

Now there is the iPod.

The first is extinct and the second is fast disappearing.

Unless you have a penchant for storing old junk in the hopes that you'll command an antique price for it someday, we'd suggest you get rid of yours. Pronto! 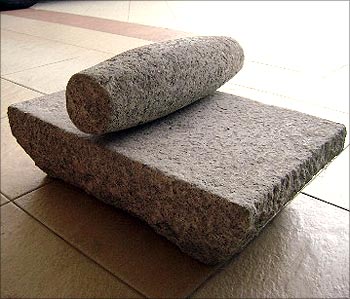 This was once an Indian housewife's best friend!

The big black grinding stone on which aromatic masalas and pastes were ground is fast being replaced by modern-day appliances that make the job much easier. But purists still insist that the grinding stone gives better results!

The steel suitcase and the holdall 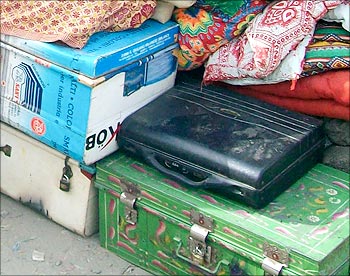 Image: The steel suitcase and the holdall

A couple of decades ago, the safest way to ensure your belongings were untouched on a journey was by carrying a stainless steel suitcase.

Another popular luggage trend was the hold-all -- a roll-up mattress-like device that could hold essentials. It had a handle at one end so you could roll it up and carry it with ease.