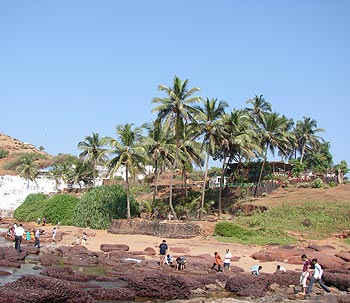 The world's economy saw a serious meltdown but that didn't stop Indians from travelling. Of course some lucky folks managed to squeeze in a few international trips too but for those who were travelling within (and to) India, these were the destinations that were on the top of the charts.

Goa
It is a place that simply allows you to be. Hire a bike and you're set. Cruising along the beautiful beaches and quiet by lanes of the sleepy state is an experience that no other Indian city can give you. Goa is perhaps one of the few places in the country where you could be wearing a bikini bottom and almost nothing above and you won't get a second glance. This easy-going air has drawn hordes of foreign tourists to Goa. Mayur Bhatt of Anubhav Travels in Mumbai adds that it has also been one of the most favoured destinations of North Indian tourists who have a fascination for the sea. 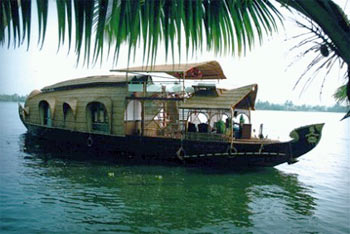 Yet another destination that is popular among Indian and foreign tourists alike is Kerala. Blessed with geographical diversity, Kerala has tea, pepper and cardamom plantations on the one hand and the famed backwaters on the other. The Kerala Tourism Development Corporation knows it is their most unique selling point and the backwaters is an icon that has come to represent almost the entire South of India for foreign tourists. The lush green Kerala forms a great contrast to the stark and arid Rajasthan and a classic example of the diversity that India has always boasted. 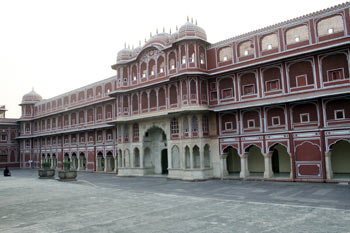 Ashish Kishore of Yatra.com points out that one of the major reasons for the popularity of Rajasthan in general and Jaipur in particular is the fact that it is part of the Golden Triangle (formed by Delhi, Agra and Jaipur). This has ensured a steady flow of tourists from India and abroad.

The other factor that has propelled its popularity is the rich heritage and the fact that it goes well with the West's perception of India. Havelis, palaces and tales of honour and bravery have been part of Western folklore about India. And Rajasthan is full of them. Indians too have always had a thing for royalty. And what better place than Rajasthan to soak in some royal stories? 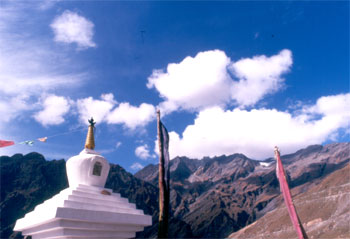 According to Ashish Kishore, one of the primary reasons why Himachal Pradesh has become a popular destination is because a lot of young tourists are now getting more adventurous. With at least a dozen odd trekking paths, young India is heading to Himachal to get in touch with nature and with itself. Himachal is unique since it also offers a touch of spirituality what with the Dalai Lama's presence there. Moreover, Himachal Pradesh has been home to India's favourite hill station -- Shimla. And no matter how much you might crib about how crowded that place has become these days, chances are that you'll still take your kids there on their first vacation. 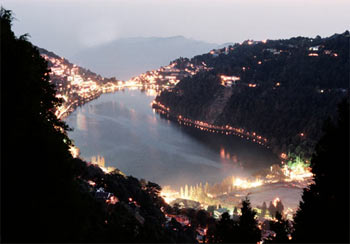 Yet another Indian hill station that has been popular among generations of Indians is Nainital. The popularity of this little town has partly been due to its proximity to Delhi. With a smooth highway leading to Nainital from Delhi and a bus service that takes you there, getting to Nainital is a dream. It also has an airport but it's the local transit that sets it apart from most Indian tourist spots. The Mall Road in the town is closed to vehicles between 6 and 9 pm, making it one of the most pedestrian-friendly cities in India. Panoramic views and the Jim Corbett National Park make Nainital an ideal destination for family vacations. 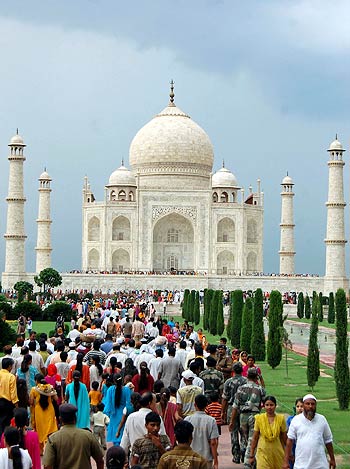 They say the world has only two kinds of people -- the ones who have seen the Taj Mahal and those who haven't. One of the seven wonders of the modern world, Agra is the face of Indian tourism abroad because of the monument that has come to symbolise eternal love.

Incidentally besides the Taj Mahal and the Agra Fort, there is little else to see in Agra. Yet these two monuments have held the attention of tourists across the country and the world for decades.

A caveat for first timers -- the Taj Mahal is closed to tourists on Fridays. 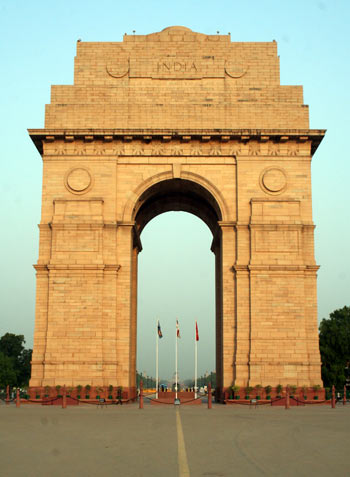 Part of the Golden Triangle and a landing point for most foreign tourists, it'd be a surprise if New Delhi had not been on this list. Yet it is interesting to note that despite being perhaps the most done-to-death destination in the country, tourists from within India continue to flock to this city.

Said to be one of the oldest cities in the world, Delhi finds a mention in the Mahabharata (as Indraprastha) and is the centre of India's political power.

New Delhi offers a great blend of the ancient and modern. On the one hand Delhi has cycle rickshaws while on the other there is the Delhi Metro, which is seen to many as a symbol of progress.

The city also acts as a base for many tourists who want to visit the many destinations around it. Agra, Dharamsala, Shimla, Jaipur, Jammy and Kashmir, Mussoorie, Nainital, and Haridwar and Rishikesh are just some of the places you can visit from New Delhi. 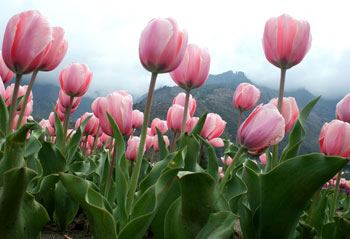 Immortalised by many authors -- from EM Forster to Salman Rushdie -- Kashmir continues to hold its sway over tourists from across the world. Indians too can never seem to get enough of this paradise and continue to flock to it year after year.

While Kashmir is a scenic place -- indeed the most popular of family destinations -- Jammu is a prominent pilgrimage with the Vaishno Devi temple attracting thousands of devotees. 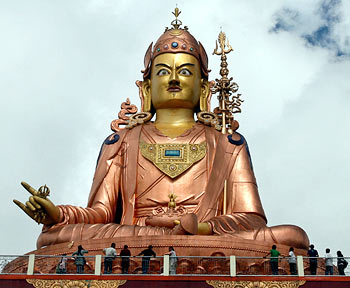 Perhaps the most enchanting part about Sikkim is the fact that it cannot be accessed either by rail or by air. The only way you can get there is by road. The drive from the nearest airport Bagdogra to Gangtok may be treacherous but is just as scenic.

While Sikkim offers little to families, there are a host of options available for adventure tourists. You could go trekking, river rafting or kayaking as well as try out your mountaineering skills 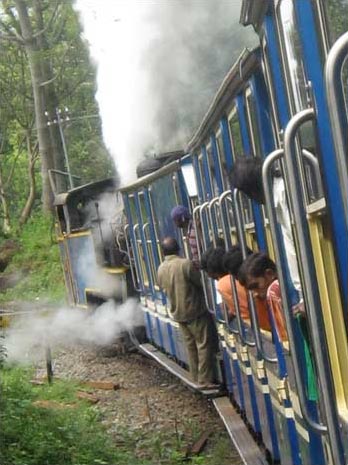 If north India has Shimla, Southerners can easily boast Ooty. Yet again, quite like Shimla, Ooty has become very crowded but offers some very 'touristy' things to do -- like a visit to the botanical gardens and sanctuaries or a horseback ride.

We would have imagined this city to have been out of the list years ago. But arranged tours continue to be popular in India and Ooty has never really been off their radar.