Apology to the Queen 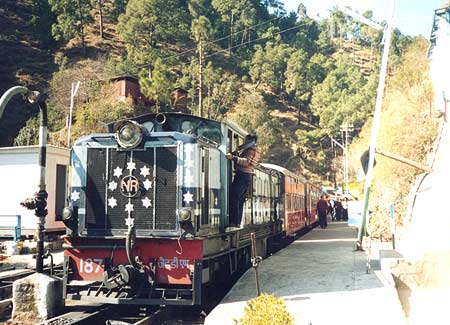 I have visited the mountains of Himachal Pradesh several times over the last few years. My destination has usually been the apple orchard country of Kotgarh district, which is tucked away behind a hairpin bend on the road to Narkanda, amid some of the most beautiful spruce forest anywhere in the world. Getting to Kotgarh involves taking the train to Kalka, the railhead at the foot of the hills, and then driving for six hours.

Shimla is at the halfway point of the car ride, and I've always taken a dim view of it. In the clear light of day it's a frightful eyesore, seeping down the hillside like a concrete abscess. From afar, and from the confines of a vehicle, it looks like the sort of joint you should either bypass, or speed through as fast as its monstrous traffic jams will allow; and so all I've ever done in the Queen of the Hills is pause to pee on it, before fleeing onward. But this fill it-flush it-forget it attitude came to an end last weekend, when I went up to visit a friend who lives there.

A delight for walkers 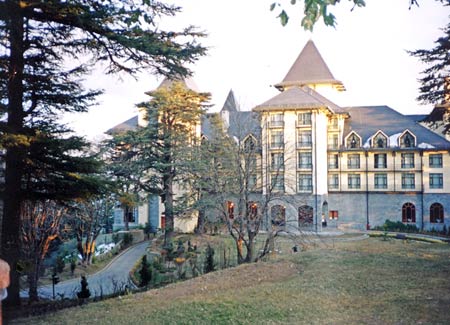 It's on foot that the place comes into its own. I discovered this by virtue of not having my own car, and also by virtue of being in Chhota Shimla, which is a good 15 or 20-minute walk from the shop-lined Mall where one buys groceries.

The house I stayed in was bewitching. The flooring planks filled the rooms with the smell of old wood; the kitchen had the sort of sooty corners that only tough, busy, unfussy people can create and tolerate; enormous windows framed a view of cedar forests; a fireplace had, over the years, become a storage niche.

We would leave this cosy spot to walk for hours every day, including to the Mall, where you will find everyone walking up and down of an evening, because apparently they don't get enough walking up and down the vertiginous levels of town the rest of the day. On the Mall we browsed identical sweater shops and climbed up to the bilious yellow church at the foot of which people were dancing the nati. 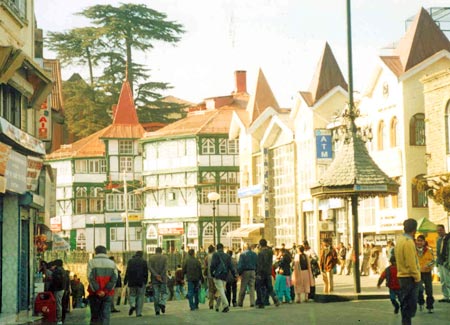 We ate American-sized portions of rather good lasagna and pork chops at Combemere (named after the Lord), and had excellent idlis and sambhar with the world's worst coffee at India Coffee House, and bought hard-boiled eggs from the many, many hard-boiled egg sellers on the street. If you're going into the hard-boiled egg selling business, you should know that Shimla is where it's at.

Salted hard-boiled eggs, wine, bread, cheese and Nutella consumed over many games of backgammon and chess is hard to beat, especially if a light rain is falling outside.

Picnic in the forest 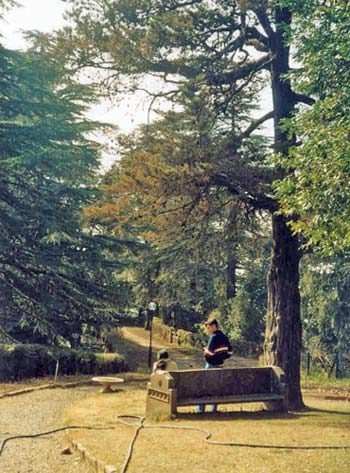 And when it's clear, you walk out into the forests. If you get tired of the lovely shady forest road that goes up to the ridge, just dive into the trees in another direction -- for instance you can take a bus or taxi up to Chharabra, and walk down through fragrant pine and spruce forest to Mashobra, grab a cup of tea at the market, and walk some more to install yourself on a soft patch of forest grass and have a picnic of paranthas, pickle and beer.

The company and the relief from scorching weather in Delhi certainly helped, but it wasn't just that. I really find myself fond of Shimla's streets, the phlegmatic gait of its population, and the fact that there might be what feels like a 2,000-foot altitude difference between the bus stand and your house. Maybe I'm feeling so fond because I was only there for a brief holiday rather than a lifetime, but so what? I take back all the nasty things I've thought about it in the past.