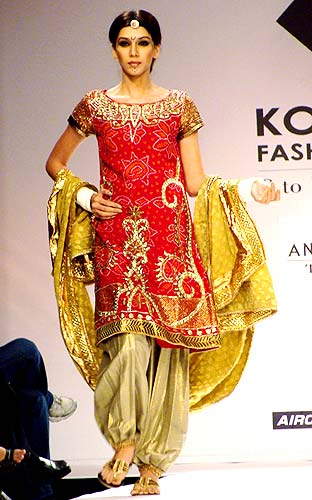 The collection was heavily inspired by the multihued fabrics and textile heritage of Rajasthan.

I spent my childhod in Jaipur, so the culture is deeply rooted within me. And the influence is clearly visible in this collection," Dongre said after the show on Sunday.

"In fact, the entire line was made in Rajasthan only. The textiles, including red bandni, were all from Jaipur; a few were sourced from Benares which also has a rich heritage."

Something old, something new 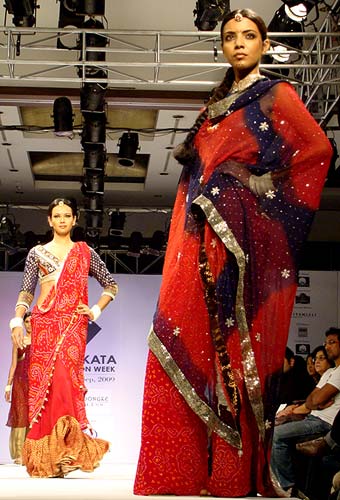 Dongre said she aimed at giving a 'timeless' look to the collection; "something contemporary, yet traditional". 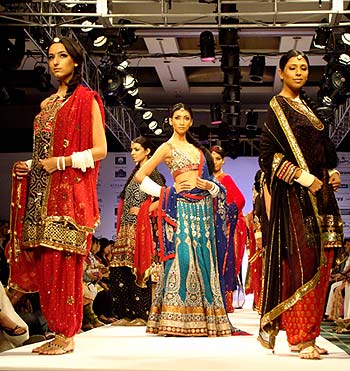 To complete the Rajasthani look, models were adorned with tattoos and suitable jewellery.

"I wanted the models to look like Rajasthani women when they walked the ramp, even the music playing was folk songs, not the usual fashion show music," Dongre said. 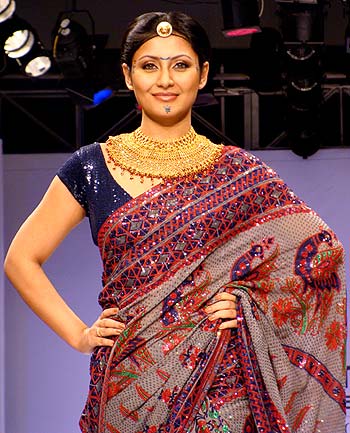 Actor Rimii Sen walked the ramp for the first time in her life.

"I felt a bit nervous, but the cheers assured that I did it right," Sen said smiling.