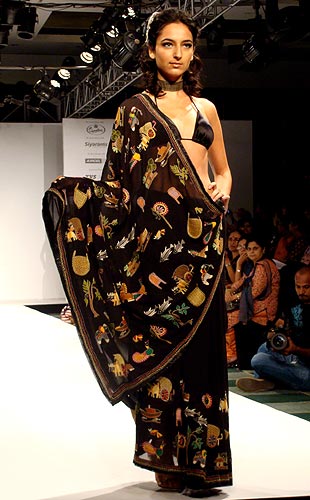 Here's a glimpse of assorted ensembles put together by the weavers of rural Bengal for Kolkata Fashion Week.

The first part of the Story of Weaves opened Day Three, with models showing off rich threadwork and dare-to-bare cholis. The fitted purple blouse, with its rich fabric and sexy cut, sets off a sunny yellow and blue sari. 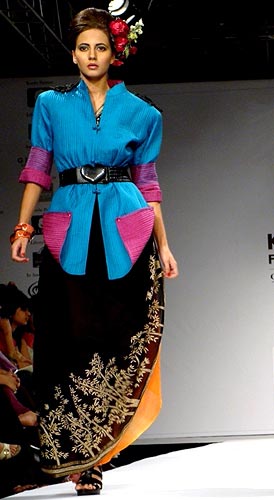 "This time the Story of Weaves is all about tracing modern fashion from traditional wear. In the first section we showed traditional textiles of Bengal like garad, baluchari, dhakai, tangail and dhanakhali. We collected works from the weavers from remote parts of Bengal villages and put them together," spokesperson Nandita Pal Choudhuri said after the show.

Something for the guys 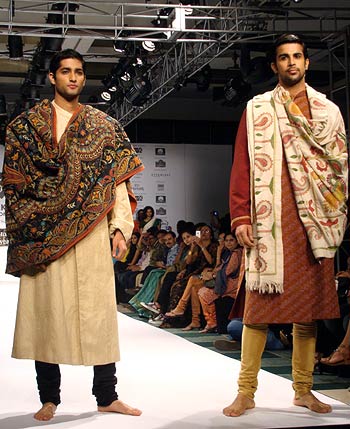 The garments were not limited to ladieswear. Men in elegant kurtas and shawls posed barefoot on the runway. Actress Nandita Sen stepped out in a bridal ensemble midway through the show. "I feel honoured to be able wear a creation from real Bengal. They are the best designers of the world," Sen said. 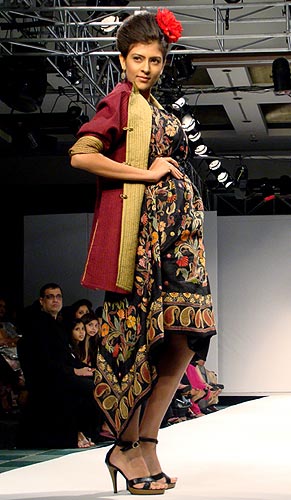 The second part of the Story of Weaves was all about giving new treatment to the texiles made using the traditional method. Isn't this asymmetrical dress becoming? 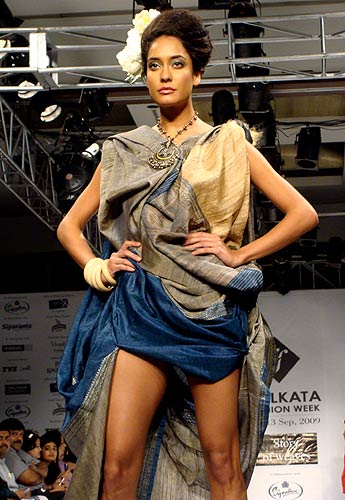 "We tried tassar look on fulia silk. The tassar, muga silk creations were from Ramanand Basak and group, the kanthas came from Mallika's and the tantha with resist batik were done by weavers from Shantiniketan under a designer called Suchi," Pal Choudhuri said. 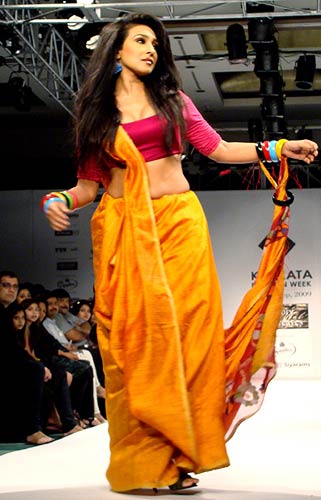 Actor Rituparna Sengupta showstopped fro the second half. "It's high time we recognise and acknowledge the weavers. No one can match up to their creations," she said. 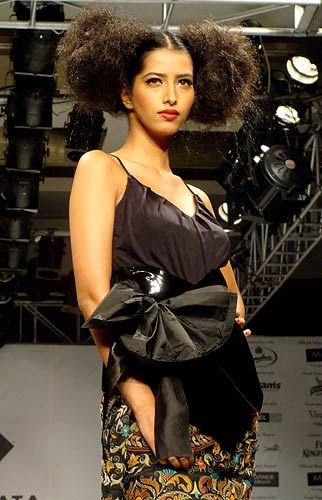 Delhi-based stylist Karan helped giving a modern look to traditional garments like this one, seen on Day Four. A lot of the garments took up on world trends, like this voluminous fuschia number. 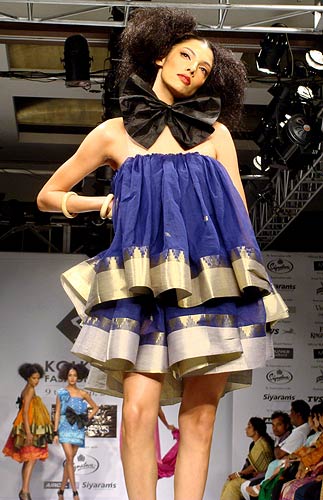 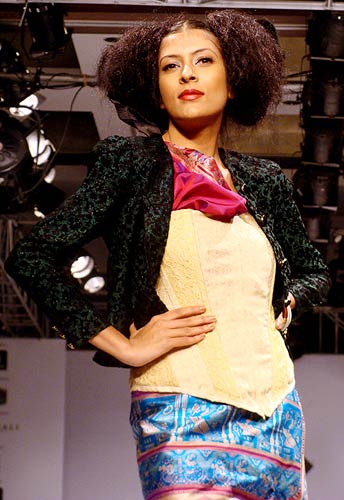