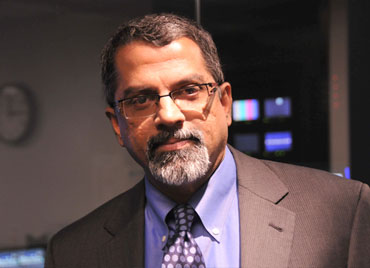 Raju Narisetti, managing editor, The Washington Post, began his professional career by selling cheese and butter for a dairy cooperative but soon realised that his calling lay elsewhere: in journalism. His first full-time job was with the American newspaper, the Dayton Daily News, which, Narisetti says, 'became the real foundation of all my future journalism'.

In a frank interview with Sumita Vaid Dixit, Narisetti talks about the state of Indian education, media's role in improving journalism standards, relationship between advertising and editorial amongst others...

Tell us a little about your growing up years in India?

I grew up with newspapers, books and conversations about language and journalism as my father was a journalist and my mother was a professor of English. A favourite game for my sister and me was to sit and look at the vast number
of books my dad had in bookshelves and try to name a fragment of a book title that the other could spot or complete.
And I would dash off lots of letters to local newspapers on various topics.

So, a journalist is what you always wanted to be...

I didn't necessarily think of journalism as a career. In fact, I went to Institute of Rural Management, Anand, (IRMA), to get my two-year MBA equivalent in Rural Management, after which I worked as regional sales manager for AP
Dairy, the producers of Vijaya brand of dairy products. But some two years into that, it dawned on me that selling butter and cheese wasn't how I want to spend the rest of my life and that I wanted to really become a journalist.

Were you a good student in the conventional sense?

I barely passed my 10th grade Hindi exam because I hated the subject and never put effort into it but that event
was such a shock to me that it forever changed my thinking on education. Not only did I score very well in Hindi later but never ever got myself into a situation where I didn't sail through my exams. 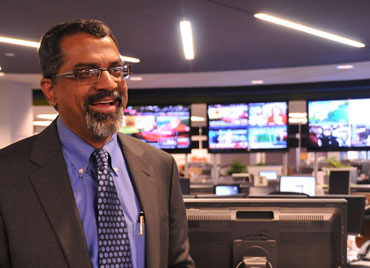 Why Indiana University and not an Indian university for journalism?

I got a Post Graduate diploma from The Times School of Journalism (TSJ), back in the late 1980s, the best journalism
education you could get.

Meanwhile, the journalism degrees you get from Indian universities are, even now, not worth the paper they are printed on -- most of the faculty wouldn't know what to do in a newsroom if they woke up in one. The biggest problem in India still is that journalism education is so terrible and the pipeline from a couple of better institutions is so narrow.

It is a challenge that I hope India media organisations, those who believe in maintaining vibrant democracies and free speech, and those who really want to impact the quality of Indian media in a positive way, will rise to one of these days.

How was education in the US different from India?

I realised that good teachers are ones that make your mind open to multiple possibilities and challenge you to find
answers. David Pritchard, Indiana University professor, taught me the value of rigour and ethics in journalism. I owe Indiana University a great debt of gratitude for making me think. With the exceptions of IRMA, Anandhi Natarajan, my English schoolteacher, and Thomas Oommen, my journalism teacher at TSJ, I never found education in India to be about allowing you to become a critical thinker. It is a pity that so many years of school and college
were, in a way, wasted on me.

You seem to suggest that there are fundamental flaws with Indian education...

The focus on year-end exams, the static nature of testing based on rarely updated textbooks, the unwillingness to formally recognise and reward intra-year two-way conversation in a course between students and teachers, the fixed
set of subject pairs you can take rather than being able to build your coursework, teachers who aren't measured by
their ability to attract students to willingly attend classes, teacher education that is ancient in its focus on curriculum development and teaching methods -- the list is endless and yet something that can be fixed because it isn't rocket science. 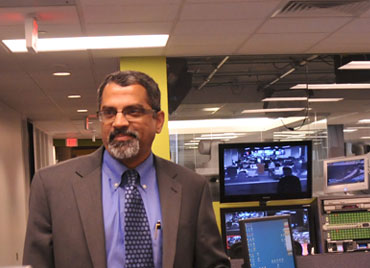 Coming to your experience at Mint, there were some turbulent moments...

In general media organisations, their owners and top editors, don't pay enough attention to the issues I found problematic, such as inadequate journalism training, lack of newsroom standards -- both the presence and enforcement,
to name a few. And I have never personally dealt with as many external ethical issues in my career as I dealt with in my three years of planning, launching and managing Mint.

It doesn't mean good, honest journalism can't happen or even thrive in those conditions and, in fact, I would point to Mint as a place where Indian journalists continue to succeed in doing good, honest journalism even now, long
after I am not involved with it. So to succumb is a matter of choice -- for editors and owners -- and not a given for
Indian media.

The point you make about ethics also extends to a few Indian educational institutes that thrive at students' expense...

The veracity of claims of institutes such as IIPM has been questioned by many, including Mint, and more recently by your publication. Mint, under me, drew a bright line between news and advertising and through well-researched
pieces, by experts such as Premchand Palety, raised a lot of unanswered questions about such educational institutions
and their claims. Just as the advertising department couldn't tell News what to do, I believed it wasn't up to News to tell Advertising as long it met whatever guidelines the business side had on such advertising.

It is not the role of the media alone, nor can it be held accountable for ending questionable practices. Our job was to shed light and hope that those responsible for enforcing India's laws would also take appropriate action.

Before we end, tell us what do you like to do when you are not working?

In the last few years, I haven't spent enough time with my daughters, Leila (8) and Zola (4), so am trying, even if
not entirely successfully, to make some amends on that front when I can. I am a walking cliche in the sense I love journalism and the business of journalism. While it was a 15-hour job before, these days with both print and online responsibilities, and with tools like Blackberry, it has morphed into a near 24-hour responsibility. And I would be lying if I said I don't enjoy that!