This CEO got fired from his first job 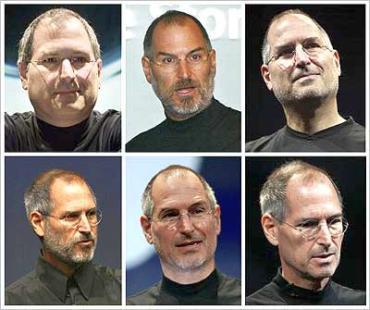 Inspiring excerpts from the commencement speech by Steve Jobs, at Standord University on June 12, 2005.

Truth be told, I never graduated from college, and this is the closest I've ever gotten to a college graduation. Today, I want to tell you three stories from my life.

Best decisions I ever made

The first story is about connecting the dots. I ped out of Reed College after the first six months. Why? Well, it started before I was born. My biological mother was a young, unwed graduate student, and she decided to put me up for adoption.

She felt very strongly that I should be adopted by college graduates, but my biological mother found out later that my mother had never graduated from college and that my father had never graduated from high school. She refused to sign the final adoption papers. She only relented a few months later when my parents promised that I would go to college.

This was the start in my life. And 17 years later I did go to college. But I naively chose a college that was almost as expensive as Stanford, and all of my working-class parents' savings were being spent on my college tuition. After six months, I couldn't see the value in it. So I decided to out. It was pretty scary at the time, but looking back it was one of the best decisions I ever made.

It wasn't all romantic. I didn't have a dorm room, so I slept on the floor in friends' rooms. I returned coke bottles for the five cent deposits to buy food with, and I would walk the seven miles across town every Sunday night to get one good meal a week at the Hare Krishna temple. I loved it. And much of what I stumbled into by following my curiosity and intuition turned out to be priceless later on.

Let me give you one example: I decided to take a calligraphy class at Reed College and learned about serif and san serif typefaces, about varying the amount of space between different letter combinations. None of this had even a hope of any practical application in my life. But ten years later, when we were designing the first Macintosh computer, it all came back to me. If I had never ped out, I would have never ped in on that calligraphy class, and personal computers might not have the wonderful typography that they do. Of course it was impossible to connect the dots looking forward when I was in college. So you have to trust that the dots will somehow connect in your future. 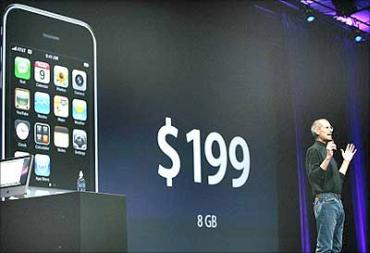 My second story is about love and loss. Woz (Steve Wozniak) and I started Apple in my parents' garage when I was 20. We worked hard, and in 10 years Apple had grown into a two billion dollar company with over 4,000 employees. We'd just released our finest creation the Macintosh a year earlier, and then I got fired.

I really didn't know what to do for a few months. I felt that I had let the previous generation of entrepreneurs down. I even thought about running away from the valley. But something slowly began to dawn on me: I still loved what I did. The turn of events at Apple had not changed that one bit and I decided to start over.

The heaviness of being successful was replaced by the lightness of being a beginner again, less sure about everything. It freed me to enter one of the most creative periods of my life. During the next five years, I started a company named NeXT another company named Pixar, and fell in love with an amazing woman who would become my wife. In a remarkable turn of events, Apple bought NeXT, and I retuned to Apple. I'm pretty sure none of this would have happened if I hadn't been fired from Apple.

I'm convinced that the only thing that kept me going was that I loved what I did. Your work is going to fill a large part of your life, and the only way to be truly satisfied is to do what you believe is great work. If you haven't found it yet, keep looking until you find it. Don't settle.

If today were the last day of life 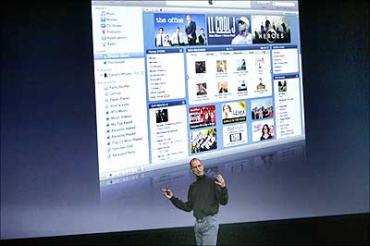 My third story is about death. When I was 17, I read a quote that went something like: 'If you live each day as if it was your last, someday you'll most certainly be right.' It made an impression on me, and since then, for the past 33 years, I've looked in the mirror every morning and asked myself: 'If today were the last day of my life, would I want to do what I am about to do today?' And whenever the answer has been 'No' for too many days in a row, I know I need to change something.

Remembering that I will be dead soon is the most important tool I have ever encountered to help me make the big choices in life. About a year ago I was diagnosed with cancer. The doctors told me this was incurable, and that I should expect to live no longer than three to six months. My doctor advised me to go home and get my affairs in order, which is doctor's code for 'prepare to die.' I lived with that diagnosis all day. Later that evening I had a biopsy, and was told that it turned out to be a very rare form of pancreatic cancer that is curable with surgery. I had the surgery and, thankfully, I'm fine now.

This was the closest I've been to facing death. Having lived through it, I can now say this to you with a bit more certainty than when death was a useful but purely intellectual concept: No one wants to die. Death is very likely the single best invention of Life. It clears out the old to make way for the new. Right now the new is you, but someday not too long from now, you will gradually become the old and be cleared away. Your time is limited, so don't waste it living someone else's life. Don't let the noise of others' opinions drown out your own inner voice.

When I was young, there was an amazing publication called The Whole Earth Catalogue created by a fellow named Stewart Brand and he brought it to life with his poetic touch. On the back cover of their final issue was a photograph of an early morning country road, the kind you might find yourself hitchhiking on if you were so adventurous. Beneath it were the words: 'Stay Hungry. Stay Foolish.' It was their farewell message.

And I've always wished that for myself. And now, as you graduate to begin anew, I wish that for you. Stay Hungry. Stay Foolish.