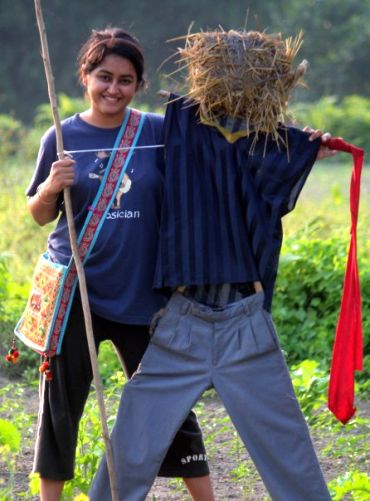 Image: Anupreet Dhody on one of her many leisure trips

Speaking to intrepid young women, Anisha Ralhan finds out how they feel about travelling solo in a country not exactly known for chivalry and gender-equality. While they spell out their flamboyant experiences in great vivid anecdotes, they also share their advice for those who want to make a go of it on their own.

The woman of today doesn't define freedom merely in terms of freedom from male subjugation or being relieved from household chores. Family planning can wait and sabbaticals from work come easy. She is no longer hesitant to step out of her abode on her terms and is going places, literally speaking.

Carrying her heart in her backpack and pepper spray in her pocket, she is chasing the winds to newer, unconventional destinations all by herself or in (the notoriously coined) girl-gangs.

Like 25-year-old Shikha Tripathi, who lives with a travel bug inside of her. Hailing from North India, she opted to study in Bangalore because she wanted to experience a new place, outside the comforts of her native city. If this was not enough, she joined a production house in Mumbai, thinking that shooting assignments would take her places she had always dreamed of. It didn't turn out as dreamy as she anticipated so six months later, she quit the daily rut of a desk job and walked into a travel magazine.

Today, she's covered almost three-fourths of the country with a zest that invariably overpowers her fears. "I started travelling solo in 2006. My first trip was to Gokarna, near Goa. It was a weekend trip just to test the waters -- whether I can ably travel alone," reminisces Tripathi.

There was no stopping this gypsy. She then backpacked in Andhra Pradesh for about 15 days, followed by her first big trip to the North East. Touring that part of the country for two months, she encountered a lot of foreigners who she says were astounded at the sight of an Indian woman backpacker.

And Tripathi is certainly not alone -- today's women, in their 20s and early 30s, are taking up their interests with great seriousness. Young, energetic and financially independent, their community is growing by leaps and bounds. So what drives them to their passion?

"I've always been a travel freak and started venturing out alone when it became difficult to set out with the family. As time passed, academics took priority and we wouldn't travel at all. I realised this period would last longer, because I had siblings who were also to go through the same study cycle and we wouldn't be travelling in those years", says 24-year-old stockbroker Anupreet Dhody.

By 2008, she was determined to set out to a new place every month. So in 2009 she took a sabbatical for about four months and travelled the length and breadth of the country with two of her female friends.

Interestingly, Dhody's idea was to exclusively visit places that were off the radar and villages where transport was still a luxury. Inclined towards social activism, she wanted to see how deep and effective NGOs are in these inaccessible places.

Travelling to the heart of villages has proved beyond memorable for her. "I remember once we were to visit a village a few hundred kilometres from Pune. They had just one bus going there every two days and we missed it. Our alternative was to wait another two days or travel in a garbage truck. We chose the latter," she giggles.

On another occasion, the three friends landed up in Assam and were told that there was a state-wide bandh. They had already set up an appointment with someone who was about 30 kilometres away from where they were staying. There was no mode of transport available except bicycles, so they started cycling and finally made it there much later than expected. "It was an amazing experience," says Dhody.

'I find South India to be infinitely safer than the North' 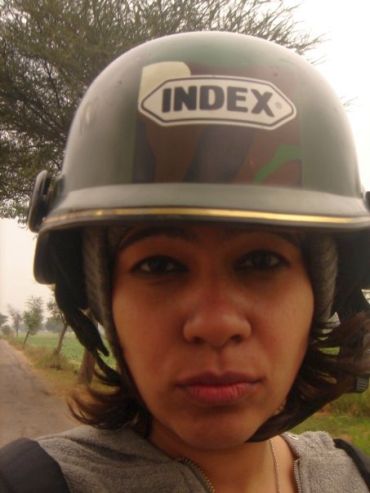 While discovering their wanderlust, these women observe that India has finally opened up to the idea of female travellers and is taking it in the right spirit.

"Indians have readily recognised and realised that females of Indian origin and background or otherwise have a certain level of security and comfort needs which have to be catered to. I would say that India is more than safe for solo women travellers of any age group or background, because I find locals on the whole very friendly, pro-tourists and supremely hospitable," explains Sajani Mrinali Dutta, a consultant with Technopak Advisors, based out of Delhi.

Her solo travelogue bears imprints of Amritsar, Chandigarh, Ranikhett, Nainital and Rishikesh. She has also travelled in all-girl groups to Bangalore, Ooty, Kodaikanal, Munnar and Kochi.

Dhody seconds this observation -- she finds the people to be very warm.

"Doors are always open to you. Even if they don't know where their next meal is coming from, they will never shy away from playing host to you in their home. Having travelled to Singapore where I felt extremely safe at any hour of the day, I did not feel the same warmth I felt in India, " she says.

The increasing number of women travellers can be obtained from tour planners. Uttam Singh, owner of Mayur Travels in New Delhi, says that he sells travel packages to approximately 30 ladies every month.

The winter and spring seasons witness a rise in foreign female travellers, but Indian women predominantly travel solo or in girl-gangs all through the year. "Their community is ever-expanding," Singh states, flaunting a diary full of happy female customers' remarks.

"Short trips to Agra , Rishikesh, Haridwar and Varanasi are extremely popular, while hillstation packages in Himachal and Uttarakhand sell like hot cakes," he adds.

Experienced women travellers seem to have the same opinion on the safest destinations for them. They find southern states to be far more female-friendly in comparison to Delhi, Uttar Pradesh, Bihar and Haryana up north.

"I find South India to be infinitely safer than the North. While in Kerala and Tamil Nadu, people don't care if you are travelling alone -- but in the North, there's no way you can escape their odd glances. You'll either be overwhelmed by a 'damsel in distress' response to your situation or just plain annoyed by overfriendly uncles invading your privacy," quips Mohita Nagpal, a 23-year old student.

Preeti Dua, a Delhi-based copywriter finds Pondicherry (in Tamil Nadu), Kerala and Bangalore to be the safest havens for female travellers. She also adds Himachal Pradesh and Ladakh to her list of favourites, as they are relatively safe.

"India can be as safe as it can be unsafe," reckons Tripathi. "But one of the things I've noticed among people is that while they are very open and courteous to foreign women backpackers, they look at me with a hint of suspicion. I am usually asked a lot of questions -- where am I from, what do I do, why am I travelling? I used to be defiant initially and tell them that I was travelling because I wanted to. This didn't go down very well with most of them."

The price Tripathi paid can be measured in terms of the trouble she underwent trying to find accommodation if she revealed her true purpose as leisure travelling, especially in cities. She recalled an incident in Hyderabad where she was denied a room in several hotels and finally found refuge in Gandhi Ashram, that too after she lied that she was in town for work.

"I have noticed that people in smaller towns and villages are more cooperative and warmer than people in the city," she adds.

'A few behavioural practices can save you from prying eyes' 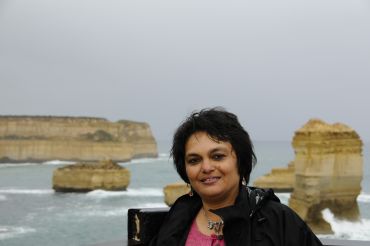 Travelling solo is clearly gutsy and adventurous, but it's a route for the bravehearts. It's always advisable that you undertake your journey in groups of two or more.

Harbouring a passion for travel, Sumitra Senapaty launched a club -- Women On Wanderlust (WOW) -- exclusively for solo women travellers from across the globe and diverse walks of life.

According to Senapaty, the number of married women travelling without their husbands in girl-gangs is at an alltime high.

The Bangalore-based group offers exciting packages for women who like travelling but reject the idea of doing it alone, allowing them to share the cost of hotel rooms and local guides. WOW has extensively toured Leh, Ladakh, Gokarna Karnataka, Corbett National Park and Bandhavgarh (Madhya Pradesh).

Neck-deep in fun, it doesn't mean that they drop their guard entirely. Travelling solo or in groups, women cannot afford to ignore their safety. They take adequate safety measures and believe in travelling smart.

"I avoid the business of travelling late at night. As soon as I get to my destination, I equip myself with emergency numbers of the place I am staying at, the local police, hospital etc. And while travelling in taxis I always take note of the number and check if the person is authorised to drive," says 22-year-old journalist Anukampa Gupta by way of safety tips, based on rich expeditions to Rajasthan, Assam, Meghalaya, Uttrakhand and Pondicherry.

"While safety is of prime importance, a few behavioural practices can save you from prying eyes," feels Dutta."Don't act like a star; designer-shades, iPods and shrill voices should be left at home. Don't prattle in English non-stop and wear appropriate, humble clothes. Also, travel light -- carrying lipstick on a trek would be as foolish as carrying gym shoes on a business trip."

And most importantly, always keep someone back home posted daily about your arrivals and departures to and from various towns and cities.

Here's a list of ten safety tips based on input from travel agents, local guides and experienced trotters:

Do you have advice, opinions and experiences to share about travelling solo? Tell us all about them.