'To be a good artist, you must experience life first' 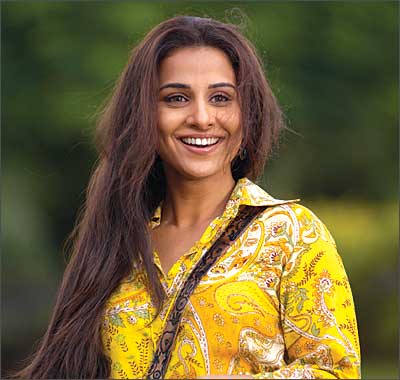 Vidya Balan, who shot to fame with Parineeta, talks about handling success and criticism with poise and dignity.

Her acting debut in Parineeta brought her instant recognition. Yet, some years down the line Vidya Balan's fashion sensibility invited harsh criticism. But a postgraduate in sociology from Mumbai University, this Tamil girl believes in turning obstacles into opportunities, and today, has turned the sari into a style statement.

Did you always want to be an actress?

I think as kids what you want to do is very seasonal. When I was in primary school my dad had a massive heart attack so I wanted to be a cardiologist. I also wanted to be a tanpura teacher and a Bharatnatyam teacher.

However from the time I was in Class 7, I only wanted to be an actor. As a school kid, I remember once when director Satyajit Ray was in hospital, I told my parents that I wanted to write him a letter. I wanted to tell him to get well soon as I wanted to work with him. My mom gave me a disapproving look!

How did your first acting assignment happen? Did you do a course in acting?

At age 15, I did a two-month drama course at Prithvi Theatre, and when studying at St Xavier's College, I got selected for a TV serial, which never took off. My parents sensed that I was disappointed so when Hum Paanch happened they were okay with it since it was a popular comedy and family serial. It was a clean thing to do. I also worked on a couple of advertisements.

'In this business, you are under constant scrutiny' 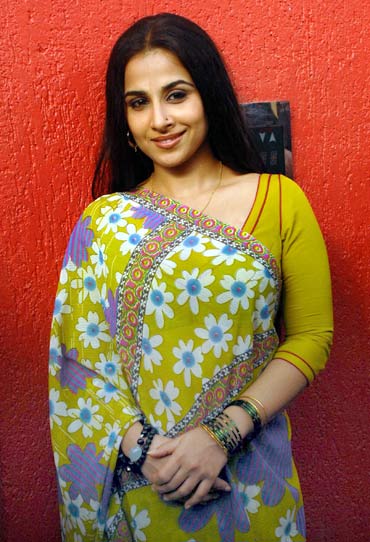 What are the tricks of the trade that you have picked up while learning on the job?

I have learnt and continue to learn on the job. During one of my first ad films I learnt that small is actually big on camera. Whatever you are feeling shows on the screen. I also learnt that on stage you need to be louder whereas on camera the more subtle you are, the better it works.

The most invaluable lesson I learnt is that you have to experience life to be a good artist -- whether a painter, a musician, a dancer, an actor or a writer.

If you want to be acting grab every opportunity to experience life and learn. Go for a concert, listen to music, watch performances, watch plays, watch films, travel and read as much you can. Be open to experiences and enjoy them. That's exactly what I began to do and I think that changed me forever as an actor.

The hardest thing about acting in films...

Every moment on a film is challenging because even if you take a moment for granted on camera, it shows. The camera catches everything -- thoughts you are not even aware of. Due to physical fatigue, a bad mood or when you are having a lot of fun on the set one tends to become unfocused. You don't realise that the scene is going to be there in the movie forever. It will outlast you and the next 10 generations to come.

When I am shooting I am able to detach myself from what is happening around to attaching myself to what I am supposed to do. It's a constant effort.

Your profession is considered very glamorous by the young, impressionable. Tell us about the not-so-glamorous side and what it takes to make it in this job.

The not-so-glamorous side is the fact that you are under constant scrutiny, you are constantly being judged not just for your work (which is absolutely okay) but also your personal life, your wardrobe. All this scrutiny can put a lot of pressure on you and can make you lose yourself in a bid to gain approval.

'I don't go through the entertainment supplements at all'

You received a lot of criticism for your fashion sense. Yet, today you have bounced back and have made the sari a style statement. How do you think one should respond to criticism?

Thank you for that observation. I think when criticism is about something external it's easy to change it. In my case, it was about clothes. When I introspected I realised, I was trying to be someone else and clothes were an external expression but perhaps, a more noticeable part of that phase.

When the fashion fiasco was happening, I stopped reading the papers. Even today I don't read them. I am interested in political news and what's happening around the world but I don't go through the entertainment supplements at all.

I take praise as much with a pinch of salt as I would criticism. I have achieved that balance now. I enjoy being me.

It's very evident that your staff treat you like a family member. How did you achieve such a comfort level?

I was brought up in a household where we were taught to value everyone. When you respect yourself, you respect others. You treat others the way you want to be treated. My staff is like my family; they travel with me all over the world, and I spend a lot of time with them while shooting.

There are days when I am cranky, have a mood swing, feeling lonely or happy and they are the first people I share it with. I take care of them and they take care of me. So it's worked for so many years.

'You have to have faith in yourself' 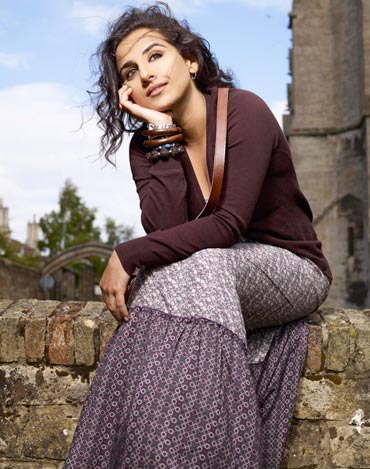 Does fame, money and success make it harder to stay grounded? How do you do it?

I think fame could be very dizzying. But thankfully my family and my prayers keep me grounded. At home I am just one of two daughters. The most dizzying thing for me is acting and connecting with people!

Who are your favourite directors and why?

I admire Balki the most for his sense of conviction. His film Paa had no logic. It was his sheer conviction to want to make a 68-year-old Amitabh Bachchan play a 13-year old. And also to convincingly have people half his age (me and Abhishek) play his parents.

Also, only Balki could have dealt with a taboo topic of a much older man in love with a young woman in Cheeni Kum with such grace.

What is your advice to those who wish to join the film industry?

I do understand that sometimes it's not easy and the waiting period is long but if you believe in yourself every dream is achievable. You have to have faith in yourself beyond a situation. Just play it by the heart that's the only way it works.  And faith in God. That also gives you faith in yourself.