Sign in  |  Create a Rediffmail account
Rediff.com  » Getahead » Salaried? Your last chance to save taxes is NOW

Salaried? Your last chance to save taxes is NOW

In the third and final part of this series on how salaried employees can save taxes Anil Rego of Right Horizons gives some smart tips on, what else, but saving taxes.

Earlier in this series:

For an employee with income more than Rs 25 lakh, there are a whole lot of avenues which can help reduce taxes. But still s/he would end up paying a baggage of taxes.

Joshua D'souza, aged 34, working as a vertical head took time out amidst his busy schedule to consolidate his tax optimisation routine. The salary stack is as mentioned in the adjacent table: 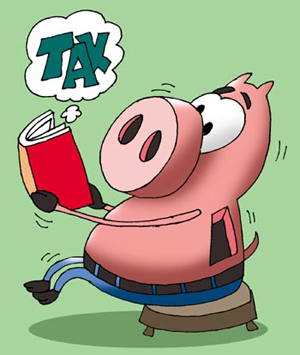 Exemptions help you save taxes to a large extent. Based on Joshua's stack and inputs thereof, we identified that he could claim the following exemptions:

Conveyance allowance: One could claim Rs 800 per month; this would not require any proofs

Medical allowance: One could claim Rs 15,000 per annum; here one has to produce medical bills of self or dependant

Leave travel allowance: Joshua vacationed during the year with his family and had Rs 32,680 worth of travel bills; only travel bills are allowed herein, not lodging and food.

These can indeed go a long way in saving taxes. Joshua had availed food coupons which is tax-free and the company car EMI which was partially taxable @ Rs 2400 per month. One should ideally maximise the reimbursements especially if the perquisite tax is lower or minimal. The company car scheme in most cases is likely to save considerable tax even after perquisite tax being introduced.

Given along side is the calculation for home loan benefit claim u/s 24.

Self-occupied property: The interest part can be claimed u/s 24 to a maximum extent of Rs 1.5 lakh per annum. The principal part will be claimed u/s 80C which has an overall limit of Rs 1 lakh.

Let out property: Rental income is adjusted for property taxes and deduction towards maintenance to the extent of 30 per cent is provided towards gross rental income. Out of this net rental income, the interest part is deducted, the net amount is the income / loss from house property. There is no maximum limit on the interest component that one can claim on a let out property.

Another clever aspect of Joshua's planning was that he had booked profits only on his long-term shareholding and so these gains would be completely exempt. Short-term capital gains on the contrary would be taxable @ 15 per cent + cess and one would have to periodically evaluate the taxability and accordingly pay off advance taxes.

Since he had a PF contribution of Rs 8,736 per month, the annual contribution took care of the entire section 80C. His investments were merely beyond tax saving. He had availed a medical plan (a family floater) worth Rs 25,000 per month and this could be claimed u/s 80D. However, the maximum amount is limited to Rs 15,000 per month.

Now, we prepared to embark on the Herculean task of assessing taxes at this stage and ascertaining the amount that one need to invest to gain the benefit u/s 80C and 80D:

This clearly translates to a net benefit of Rs 44,000, merely by claiming tax breaks appropriately. This does not include the tax saved on reimbursements which help reduce the income that is considered for tax purposes (This would not be included in 'Salary' as per Form 16).

On the amount claimed through reimbursements Joshua would have additionally saved 30 per cent of tax.

Tax optimisation can help achieve higher wealth, especially in the long term. It is also pertinent to ensure that you are invested in the right avenues: ones that provide tax-free returns.

Joshua's take home increased by Rs 3,700 which could be used to cater to one of his expenses, this is going to only increase the investible surplus significantly.

However, higher up the ladder, there is not much to achieve via tax planning. Although it is still integral, what could be more pertinent is what one does with the investible surplus, how does one put it to work and optimise on tax incidence on the income from investments.

Tips for the week:

Anil Rego is the founder and CEO of Right Horizons , an investment advisory and wealth management firm that focuses on providing financial solutions that are specific to customer needs.