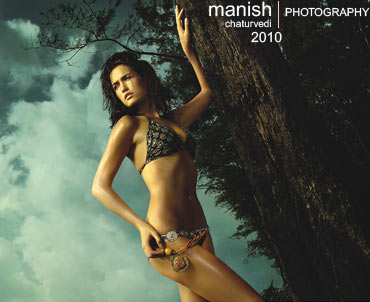 The setting was the sun-kissed beaches of Naigaon (on the outskirts of Mumbai) and foreign stunners sizzled by the sea as compared to last year's calendar, which was shot in Mahabaleshwar. Take a look.

South African model Bailey Nortje sizzles for this month in a two-piece. 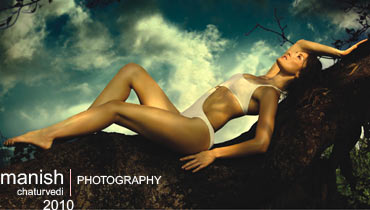 Her husband -- Vindu Dara Singh -- may have won Season 3 of reality show Bigg Boss, but Dina wins everyone in this white bikini! 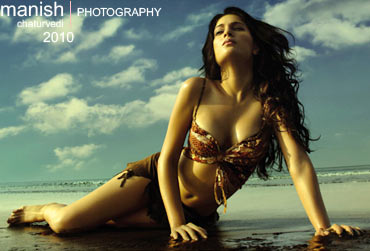 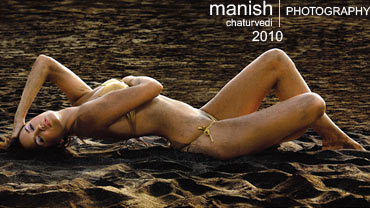 Here we see Bailey once more and this time she's rocking a yellow bikini. 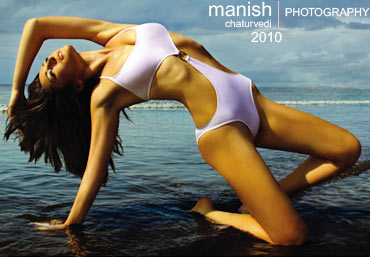 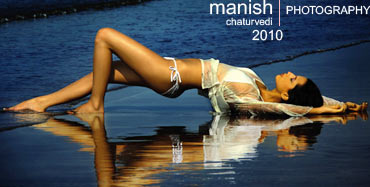 Brazilian hottie Agatha Branco enjoys the waves wash over her in a white peek-a-boo. 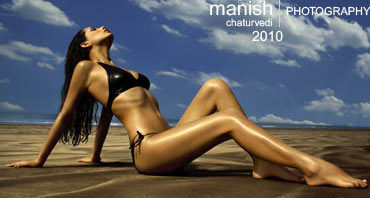 We see Agatha once more, this time in seductive black against a desert-like landscape. 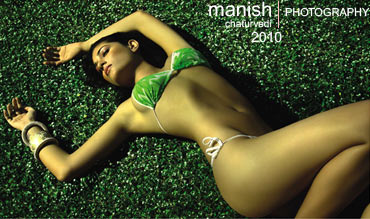 Carol goes green here against sand that seems to have absorbed the same emerald tint. 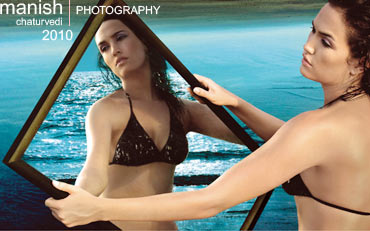 Bailey is twice as appealing with her reflection against the blue of the ocean.

Dina sprawls out on the sand with a come-hither look. 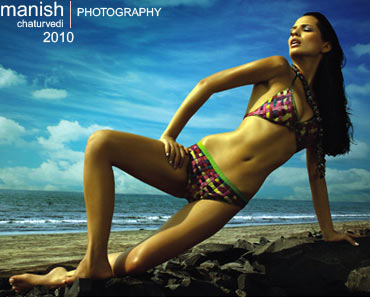 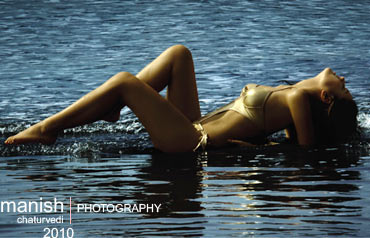 And finally, we have Brazilian model Luiza Froes show off her flexibility in gold.