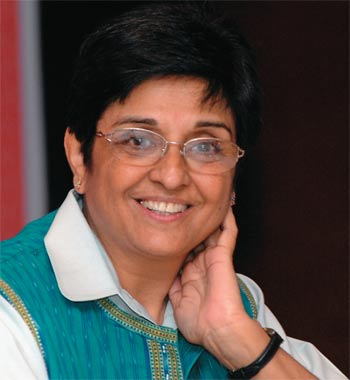 Born into a well-to-do family in Amritsar, Kiran Bedi's parents emphasised on education for their four daughters. She attended the Sacred Heart Convent School, Amritsar and won awards and honours in athletics, debates and dramatics. She topped Punjab University and in her formative years and joined the National Cadet Corps.

She began her career as lecturer of Political Science in 1970, and quit to join the Indian Police Service (IPS) in 1972, the first and only woman among 70 IPS officers at the National Police Academy at Mount Abu. Serving the IPS, she held various administrative positions in traffic management, crime prevention, police and prison reforms, women development issues and narcotics control.

PhD thesis
She particularly showed interest in the field of narcotics control and drug abuse, which apparently led to the choice of her PhD topic 'Drug Abuse and Domestic Violence', where she established a positive correlation between the two.

Did you know?
Kiran Bedi inherited her father's passion for tennis at a young age, won several championships, and even met her husband on the court!

On the next slide: The career of Dr P Venugopal 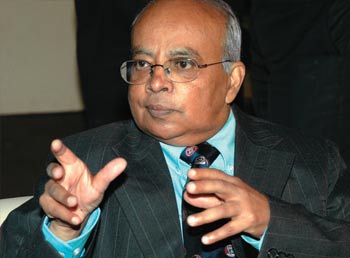 He joined AIIMS as an undergraduate in 1959 and was associated with it ever since, till he retired as director in July 2009. He also completed his PG at AIIMS, and received a gold medal for being the best undergraduate from Prime Minister Jawaharlal Nehru.

In 1974 he established India's first open heart surgery programme at AIIMS, and performed the first heart transplant in 1994. According to colleagues, Dr Venugopal is a "no-nonsense" man and a strict disciplinarian. When he needed heart surgery himself, he chose Dr A K Bisoi, his student of 11 years and the junior most surgeon on his team, to operate upon him. He instructed his team in detail before lying down on the operating table. Within five hours he was fully conscious and enquired about his patients in the ICU! He was soon back to work.

Dr Venugopal has conducted over 50,000 open heart surgeries, and has personally trained and mentored hundreds of doctors in open heart surgery. He is instrumental in founding the Cardio Thoracic and Neuro Sciences Centre (CVTS) at AIIMS and making it one of the best in the world.

Did you know...
Dr Venugopal is credited with pathbreaking research in stem cell therapy for the treatment of heart disease. From February 2003 to January 2005, 35 cardiac patients were given stem cell treatment, and all survived.

On the next slide: A look at Shyam Benegal's career 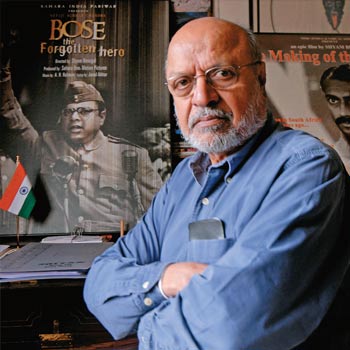 His cinema is closer to real life, and movies like Ankur, Nishant, Manthan and Mandi, carry distinct social messages. A director and screenwriter extraordinaire, he was inspired by his upbringing in Trimulgherry, Secunderabad, where feudalism prevailed. He once said in an interview, "It made me very conscious of the social and political nature of things."

Benegal, 76, studied at the Nizam College affiliated to the Osmania University, Hyderabad and has an MA in Economics. He began working at Lintas Advertising as a copywriter in 1959. He taught at the Film and Television Institute of India, Pune. After being awarded the Homi Bhabha Fellowship in 1970, he took up a Children Television Workshop in New York, USA.

At a young age, he had taken up boxing and wrestling, but later turned to swimming, entering that year for district championship. However, filmmaking is what he loves the most.

Did you know...
He made his first film at the age of 12 with a camera given to him by his photographer father Sridhar B Benegal.

On the next slide: A glimpse into the career of Prof CV Raman 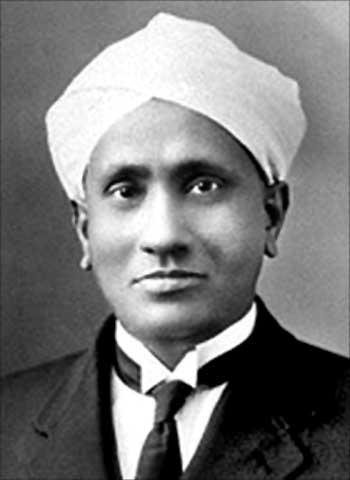 He was born on November 7, 1888 in Thiruvanaikkaval. His father was a school teacher, and at the age of 13, he won a scholarship and joined the Presidency College. At 15, he passed his BA exam and got gold medals for Physics and English.

At 16, while doing a routine experiment on his college spectrometer, he observed some diffraction bands and wrote his first paper, which was published by The Philosophical Magazine, He completed his MA in 1907, at the age of 19. He took the Civil Services competitive exam for the Finance Department and topped it, and was appointed as the assistant accountant general in the Finance Department in Calcutta.

His heart though was in research, which he conducted at the Indian Association for the Cultivation of Science in Calcutta. In 1917, Professor Asutosh Mukherjee offered CV Raman the prestigious Tarakanath Palit Professorship of Physics at the University of Calcutta despite the fact that only a candidate trained in a foreign country could be appointed.

Professor Raman's work on the scattering of light fetched him the Nobel Prize in Physics, a first for an Indian scholar who studied wholly in India. The Raman Effect confirmed that light was made up of particles known as 'photons'. In 1934, Raman became director of the Indian Institute of Science, Bangalore. In 1949, he established the Raman Research Institute. Until his death in 1970, Dr Raman actively participated in his the primary passion: research.