Whenever there is a statement about anything in this world, regardless of who has said it, do not believe it. But to analyse it and know the truth is wisdom (Kural: 423): Thiruvalluvar, a celebrated Tamil poet.

Sankaran, a 28-year old civil engineer working with a multinational company in Chennai had invested all his money in stocks, mutual funds and ULIPs. When the market was at 20,000 levels, his portfolio was showing huge profits. However, he lost heavily during the market crash. Sankaran is just wondering if he had en-cashed all his investments when the market was at 20K, he would have been a happy man today.

Sankaran thought this is what he wanted at a time when all his investments were in the dumps. He could not believe his eyes. He checked the printed brochure and the scheme details on the respective insurance company's Website. It all confirmed that the highest NAV is guaranteed. He wanted to sign up for one such policy with a huge premium. However, before signing up the policy he wanted to know, 'how could they guarantee the highest NAV?'

He was not satisfied with the answers he got from his friends and relatives who he spoke to. So he got in touch with a professional financial planner for better clarity. If you too are looking for more clarification on 'highest NAV assured schemes', do read on...

K Ramalingam, an MBA (Finance) and certified financial planner, is founder & director of Holistic Investment Planners (P) Ltd. He can be reached at ramalingam_007@rediffmail.com

Who gives this guarantee? Stock markets have crashed by more than 50 per cent during the downfalls in the year 2000 and 2008. If somebody could have given guarantee of highest stock market returns, they could have become bankrupt. Again during the first 7 years of the policy the stock market could meet similar downfalls.

Assume someone has got exceptionally extraordinary ability to predict the stock market and moved out from the stock market when it reached its peak. S/he will not work for an insurance company. S/he will be on her/his own and making money without revealing this secret to the entire world.

Why didn't they provide this highest NAV assurance earlier? Why are they not providing this assurance in their other schemes?

So far six insurance companies have launched this kind of 'highest NAV assured schemes'. They all are assuring the highest NAV. There is no doubt about it. But the fine print is they assure the highest NAV of their schemes, not the highest stock market related returns.

In order to make good the highest NAV assurance, a major portion of your money will be invested in the debt market securities for most of the time period. A debt fund is expected to deliver around 8 per cent to 10 per cent per annum.

Therefore highest NAV assurance is not rocket science. Even a novice can launch a highest NAV fund and keep on investing the money collected only in bank fixed deposits.

Buyer behaviour and a fancy idea 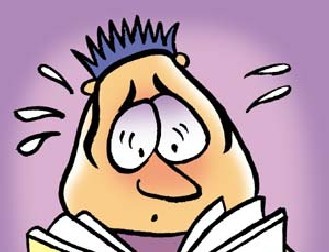 Studies reveal that, whenever a product is re-launched with a fancy idea, buyers tend to forget the earlier pitfalls of the product and go after the fancy idea irrespective of the continuing pitfall. The same investors who have realised the entry level charges (to the extent of 20 per cent of first year premium) are high in ULIPs and rejected them, are now again after the ULIPs now because of the fancy idea: highest NAV assured, irrespective of the still continuing high entry level charges.

Here are some simple investment rules:

If you are looking for stock market-related returns, you can invest in equity mutual funds and stay invested for 5 years or more. If you invest in tax saving mutual fund you will get tax benefits also. These funds have no entry charges.

If you are looking for an insurance cover, you can go for pure term insurance policies. In fact term insurance and SIP in equity funds would be a good alternate to the high cost ULIPs.

If you are the kind of investor who is looking for assured returns, you can invest in PPF, NSC, or Bank FDs.

But please keep in mind that stock market and guarantees never go together.