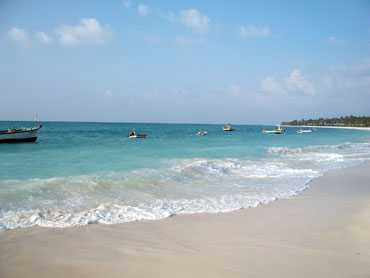 The little-explored islands have a lot to offer for a discerning tourist. Harnoor Channi Tiwary visited Lakshadweep recently and came back with loads of memories.

Among the many parts of India that continue to remain unexplored are the islands of Lakshadweep. Little is known of these tiny islands scattered to the south west of mainland India. The relative inaccessibility and lack of spotlight on Lakshadweep has ensured that they remain like untouched jewels raw and breathtaking. Out of the 36 coral islands of this union territory, only ten are inhabited and open to visitors. Tourist inflow is highly regularised with only government-controlled cruise liners being allowed in except for the new Star Cruise ship that has just started operations.

We booked ourselves on the government cruise aboard the Kavaratti, the ship named after the largest island and the capital of Lakshadweep. The ship was not a small vessel by any standards. It had 5 decks with cabins! Our First Class cabins were on the fourth deck and had lovely en suite baths with warm water in the shower and basin. The ship also had cabins on the lower decks as per their packages. However the ship cannot be compared to cruise liners as it did not have any casinos, gaming facilities, restaurants or bars. Nevertheless, it was quite comfortable.

'Smaller boats would take us to the island' 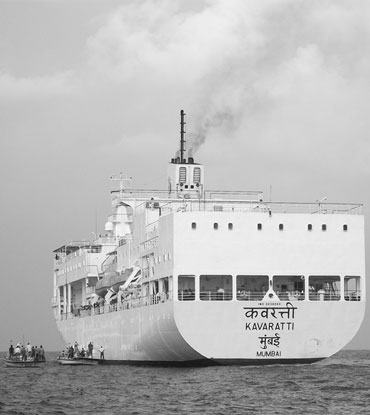 Kavaratti sailed off into the waters from Kochi soon after lunch. Each deck had its own dining hall. The food was edible but I would highly recommend carrying snacks on the trip. Also, it is prohibited to consume alcohol in Lakshadweep.

We woke up early next morning and went up to the deck. The view was breathtaking -- miles and miles of deep blue water on one side and white sands of Minicoy Island on the other.

The ship's schedule was such that we would disembark onto smaller boats around 8 am which would take us to the island and we would be brought back around 4 pm post lunch. 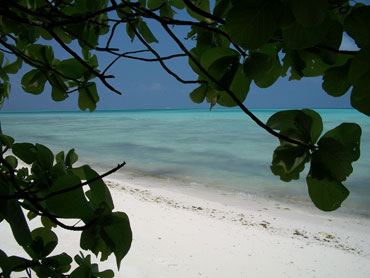 The islands of Lakshadweep were to die for. Never before have I seen water so pure.

The colour of the sea near the shore varied in shades of green -- ranging from neon green to sea green to bright indigo. The water was so clear that one could see almost six feet below the surface.

Adding to the beauty were the stretches of white sand.

The beaches of Minicoy were perfect for children. One can walk almost 300 metres into the sea and the water would still be just about knee deep. You can also take kayaks and experience the sea your way.

We chose to sit around by the sea and spent a very relaxing day. Minicoy also has an old lighthouse that some people went to explore.

Peeking into a wondrous world 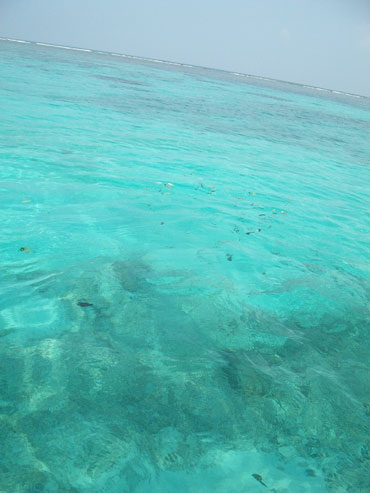 The following day, we reached the second island called Kalpeni, which is somewhat smaller and with a very different beach. The beach here wasn't as sandy as Minicoy but the coral reef was closer to shore.

Snorkeling was next on our agenda and it is an experience I highly recommend to everyone. The underwater world is an entirely different world altogether.

Snorkeling makes one feel like an outsider peeking into this wondrous fantasy world. Vivid corals in hues of blue, green and yellow with schools of fish darting in and out of them -- a sight one is not going to forget soon. 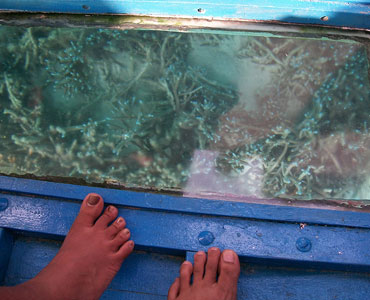 But if that was an experience, the last island was the icing on the cake. Kavaratti has some of the most beautiful corals in the Arabian Sea.

I am told those at Andaman Nicobar Islands are far prettier but these were unforgettable too.

We wore our lifejackets and went snorkeling. It is an eerie feeling floating above the water, staring down at this underwater world oblivious to our existence.

The ship returned to Kochi on the fifth day and we packed our bags and disembarked. Tanned, relaxed and content, this was a vacation we won't forget in a lifetime.