A boat trip to Senegal's House of Slaves 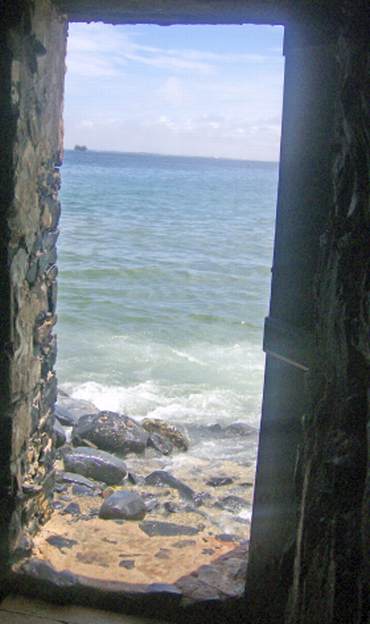 Goree Island in Senegal is a testimony to the inhuman slave trade of the colonised days and a visit to it can leave you shattered and shocked, says K N Devaki.

Goree Island in Senegal stands a testimony to the cruel slave trade that existed centuries ago.

On the island stands the 'No Return Door', one that has remained dormant over the years, escaping the eye of everyone living and waiting to tell it's tale of torture, horror and slave trade.

Today though it is perhaps one of the most popular tourist destinations and also a heritage site.

The author is working with Confederation of Indian Industry and had gone to Senegal on a conclave on India-Africa project partnership.

'Goree Island is just 3 km off the Senegalese coast' 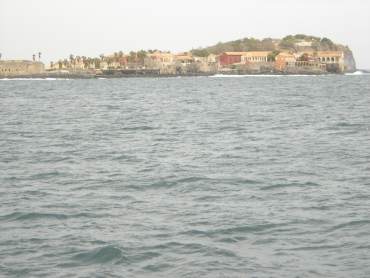 Although I was on an official trip to Senegal, I did manage to take time out for sightseeing Goree Island.

A local staff in the Indian Embassy had arranged a vehicle and an English-speaking driver for us. To reach the island, we had to take a ferry, the timing of which was already given to us.

We had been advised not to eat food while travelling in the ferry, as we had no experience of ferry-travel and could become seasick. We reached the port and got the tickets.

The cost of one ticket for tourists is CFA 5,000 (approximately US $11). A ferry is available to and from the island, every day almost every hour from 7 am to 11 pm. The island is just 3 km off the Senegalese coast, and the ferry takes 20 minutes to reach the tiny island, Goree, that is 900 m in length and 350 m in width.

To enter the island too you will have to pay a fee of CFA 500 (a little over US $1), which is used for the development of the island.

'There was something about the island that intrigued us' 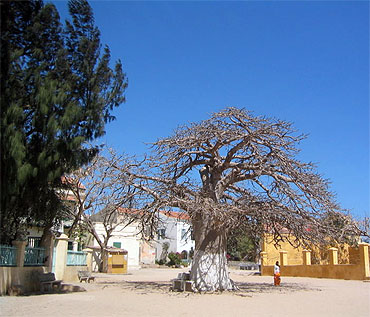 Surprisingly there are no vehicles allowed on the island and no options for tourists to spend the night. At the end of the day you can go back to Dakar, the capital of Senegal.

Fortunately, we found an English-speaking guide. Our driver had instructed us not to pay more than CFA 3,000 (over US $6) to the guide. So although the guide insisted for CFA 5,000, we settled for CFA 3,000.

There was something about the island that intrigued us and the guide started telling us horror stories of the slave trade era.

Goree Island was formed due to a volcanic explosion at Dakar about 1,700 years ago. The guide even enthusiastically showed us some trees, which were about 150 years old.

One of the most important places to visit in the Goree Island is the 'Maison des Esclaves' (or Slave House), the centre of West African slave trade.

Built by the Dutch in 1776, the slave house was a reminder of the slave trade, which was prevalent during the colonisation days.

'Slaves were transported to the Americas from here' 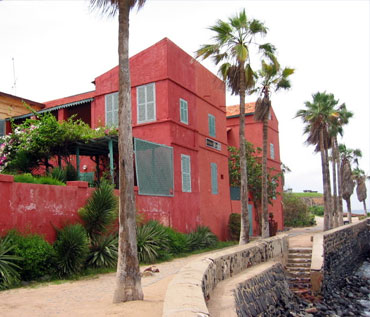 The Portuguese arrived on the island in 1444, building a small stone chapel there and using it as a graveyard. Since then it has changed hands and many European countries have made it their base.

Slaves were transported to the Americas from here, and millions of them, especially from West Africa, were taken there against their will. These Africans were brought to Goree Island, sold into slavery, and held in the holding warehouse on the island until they were shipped across the Atlantic Ocean.

They were sold in South America, the Caribbeans and North America to create a new world.

The Senegalese people called the island Ber and the Portuguese renamed it Ila de Palma.

The Slave House is a small fort, where slaves were kept before they were transported to the Americas.

Approximately 20 million Africans passed through the island between the mid-1500s and the mid-1800s. 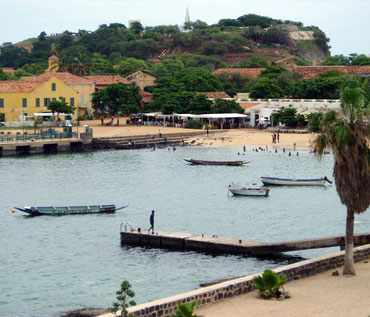 Portuguese, conducted the first record of slave trading at the island in 1536. However, the House of Slaves was built by the Dutch and it is the last slave house still standing in Goree.

Goree Island was nothing short of a nightmare -- one that you wouldn't want to ever imagine. As the guide took us to the House of Slaves, it revealed the torture that the Africans must have gone through.

An eight-foot square cell, with a small window facing the sea was all that was visible.

"There were as many as 30 men here in this small room," the guide tells us. They were taken out once a day; they were fed and allowed to attend to their basic needs.

After that they all had to stay inside the room for the rest of the time, so much so that they couldn't even go to the toilet, even if they wanted to. Not surprisingly diseases such as yellow fever were prevalent.

The so-called owners showed no mercy and the diseased slaves, instead of being treated, were thrown into the sea, and became the food for the sharks.

Besides this, they were mostly naked, fighting up the extreme weather. Mothers were separated from children and the cells were so small that they would lay one against the other to fit in.

'There was a lump in everyone's throat' 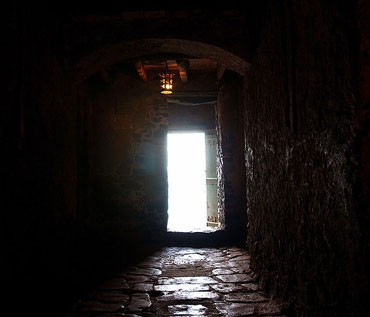 A few rebels, who would dare to raise their voice, were locked up in an oppressive, small cubicle under the stairs while seawater dripped through the holes to step up dehydration.

Such was the ruthlessness that the new slaves, who refused to be worn down by the Europeans, were tied to the pillar and were beaten till they bled.

But the thing that touched me the most was the "No return door".  It is a small door, through which all the men, women and children walked into the slave boat, catching the last sight of their homeland.

While the owners stayed at the upper deck of the boat, the slaves were at the lower deck, often not fed. Not surprisingly, many of them couldn't even make it to the Americas.

Such were the atrocities that even if a slave would want to get out of the island s/he wasn't able to. Chained by a five kg metal ball around the neck or feet, a captured African would know that jumping into the deep sea would mean sure drowning.

Today Goree is Senegal's premier tourist site and became a UNESCO World Heritage Site in 1978. It now serves mostly as a memorial to the slave trade.

As we returned, there was a lump in everyone's throat, eyes wet and a prayer for all those who had to bear the torture.