In order to ensure a perfect match between the job and the candidate, more and more employers are now going beyond a basic reference check and deploying a variety of tools to verify their antecedents.

A decade ago, reference check of candidates used to be quite basic but from the last five to six years, it has been observed that most global and large organisations are very conscious on checking candidate's antecedents, which is deeper than a reference check," Sunil Goel, director, GlobalHunt, a leading executive search firm, says.

"These reference checks are very popular in big MNCs but even large Indian conglomerate and mid-size organisations are also opting to this as they want their businesses to be managed by reliable people," he says.

The need for deeper checks has assumed importance as it had become quite common for candidates to give references of friends by claiming them as their bosses, he adds.

Candidates sometimes "claim their colleague's achievements as their own and overall they try to give a rosy picture which misleads future employers," he states.

'In an interview, on-job performance is not assessed' 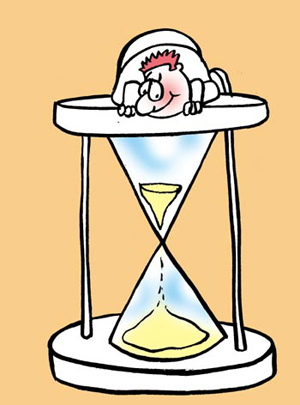 It was found that professionals from small and mid-size organisations generally claim that their responsibilities included managing operations in India as well as in the SAARC region.

Whereas on verification, one gets to know that the company's business in other SAARC countries is either negligible or it has presence in one or two countries only, says an executive of a leading hiring firm.

Most of the time, people at the leadership level claim that they launched a particular product/ service or they came up with a great idea. On assessment, one finds that they were just a part of the process for launching product/ service.

In 30 to 60 minutes interview, a recruiter gets only a basic view. Well-spoken people usually crack interviews and most of the time, the evaluation process revolves around CVs.

On-job performance is not assessed and truth identification is left out. So to counter this problem, companies are now verifying basic facts, doing an in-depth assessment of KRAs and are also going for discreet reference checks from industry people for the present job profile of a prospective candidate.

'Firms are now focusing on KRAs' 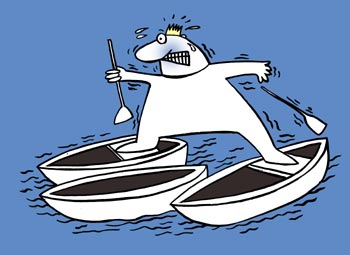 Earlier reference checks were confined to education, employment duration, compensation and general feedback, but now it was much more than that, the executive says.

Firms are now focusing on KRAs which detail the exact responsibilities that a candidate handled in previous jobs.

"Often a candidate may have just peripheral knowledge of the job but might lack in-depth knowledge. The KRAs help to define what exactly are the candidate's key areas of responsibilities in previous jobs and thereby help assess whether he could handle the scope of the new job," Goel adds.

The need for matching of a candidate's skill metrics and job assumes a greater significance in jobs (especially in the technology domain) that required a very highly specialised skill set.

These kind of jobs demand a more accurate mapping of candidate skill sets to ensure that there was a perfect match between the job and the candidate, stated Goel. If the expectation and performance do not match, it could all be a case of failure in the hiring process, he says. 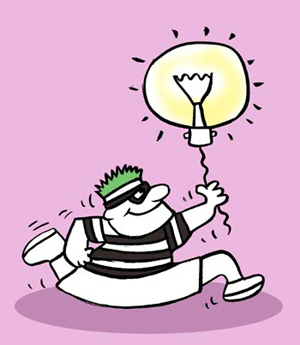 Apart from KRAs, firms were also checking out other factors. While interviewing candidates, content in their resume plays 40-50 per cent of their role in overall decision making about a particular candidate.

"Any false representation of job profile achievements, academic qualifications can lead a to a complete wrong hiring," he said. "Firms ask for all copies of academic certificates along with originals, Form 16, bank statements, copies of previous pay slips, previous offer letters, photo ID card and credit cards and these all get verified through issuing authority, by sending them scanned copies of documents," he says while talking about the the in-depth reference check.

The oral claims of candidates are not taken just at face value, he adds. "All the oral claims can be countered orally and cross questioning them from 360-degree perspective will help to understand the truth. For example, if someone claims of achieving a big sales deal, then the complete truth could be found out by dragging the discussion to micro level."

Peers and previous colleagues are strong stakeholders in whole background process check, he says. With news reports of employees in reputed firms being involved in cases of murder, child abuse, frauds, companies were also getting a verification check about a candidate's antecedents.

"Permanent and temporary address checks and police verification from those locations are also part of background reference check exercise, which helps in getting all the records about an individual (if he/ she is ever involved in criminal offence)," he states.

"There are full-fledged background reference checking agencies and agents, who verify education, job duration, compensations and KRAs. Some of the areas can also be identified through discreet reference check from ex-colleagues, managers and subordinates," he adds.

Most of these reference check services were now available through third party and costs around 100 to 200 dollars per case and check, he says.

© Copyright 2022 PTI. All rights reserved. Republication or redistribution of PTI content, including by framing or similar means, is expressly prohibited without the prior written consent.