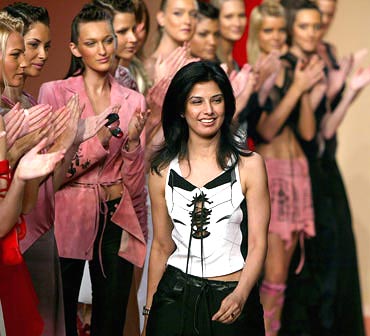 The face of Indian haute couture was honoured with one of France's highest civilian awards yesterday, for her contribution to the world of fashion. We bring you the lowdown, along with a look at some of her hottest catwalk creations.

The designer was felicitated with the Chevalier dans l'Ordre des Arts et des Lettres (Knight in the Order of Arts and Letters), one of France's highest civilian awards, by Ambassador of France to India Jerome Bonnafont at a ceremony in New Delhi yesterday.

The ambassador said that Beri is an "embodiment of haute-couture in India" and that France sees her "as a link between the two countries. By conferring this award upon Ritu, we also see it as a way to enhance the cultural relationship between India and France."

Bonnafont also pointed out that the designer is one of the first South Asian women to head a French fashion house -- she was at the helm of Jean-Louis Scherrer for a year, from 2002 to '03.

Union Home Minster P Chidambaram, who graced the occasion, joked that while he doesn't know much about the world of fashion, given the kind of clothes he wears, he is "very proud, very happy and delighted" with Beri's French honour.

Columnist and author Shobhaa De also paid tribute to Beri, describing her as an "accomplished, beautiful and a committed" woman. "Ritu's relationship with France is akin to a marriage made in heaven and the Indo-France relationship will be cemented by this connection," she added.

Beri, whose client list includes Bill Clinton, Prince Charles, Nicole Kidman, Akshay Kumar, Preity Zinta and other A-list celebs, was overwhelmed with the honour and stated, "I am a huge dreamer. This award was beyond my dreams. Paris is very special. I do believe Paris is my destiny. It was meant for me. Since I was ten, Paris is where I wanted to be."

She further added, "My shows reflected the love I had for India and if I am where I am today, it's only because of that bond I shared. All I can say for now is the dreamer in me will dream on."

In the following pages, we bring you glimpses of some of Beri's best works -- take a look! 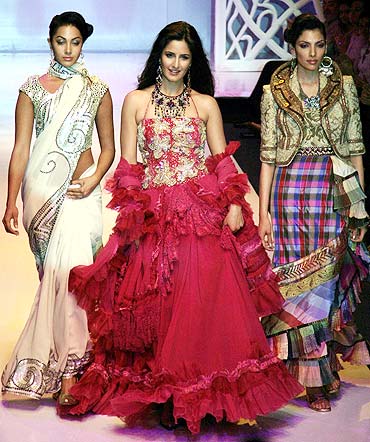 Actress Katrina Kaif walked the ramp in Beri's showstopper, a ruffled red gown with corset bodice, at the Lakme Fashion Week back in 2006.

Too good to pass up 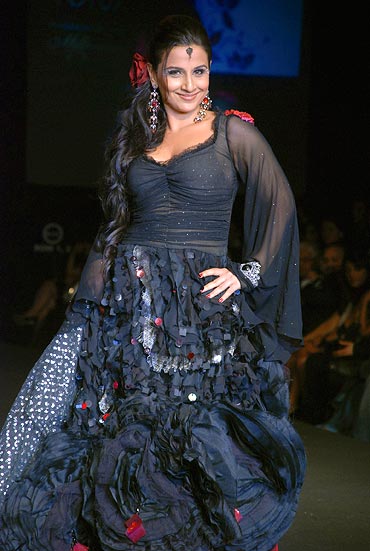 Last year, Vidya Balan stayed out of her Sabyasachi favourites long enough to catwalk for Beri too, donning this flouncing number on the opening day of the Gitanjali Luxury Style Fest in Mumbai, January 20, 2009. 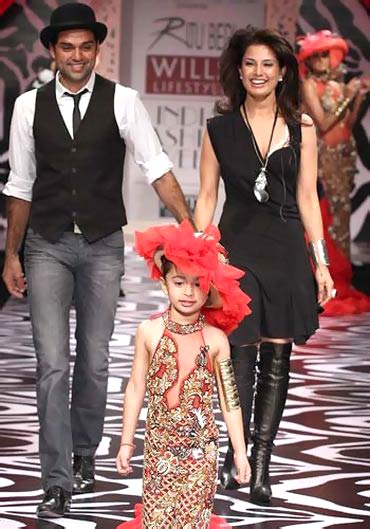 Despite specialising in womenswear, the designer got Abhay Deol togged out in a waistcoat, jeans and a bowler hat for her showing at the Wills Lifestyle India Fashion Week in October 2009. 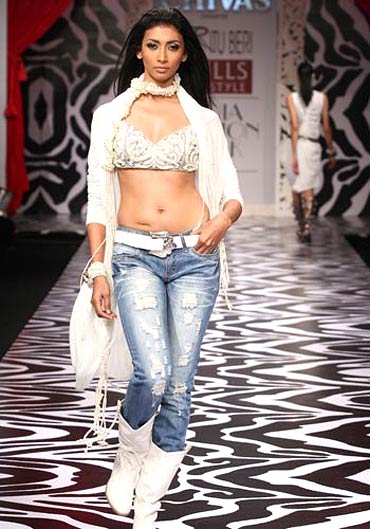 And she can pull off casuals as effectively as eveningwear -- catch model Lakshmi Rana sizzle in these jeans, boots and a bikini-style choli, also at the WLIFW. 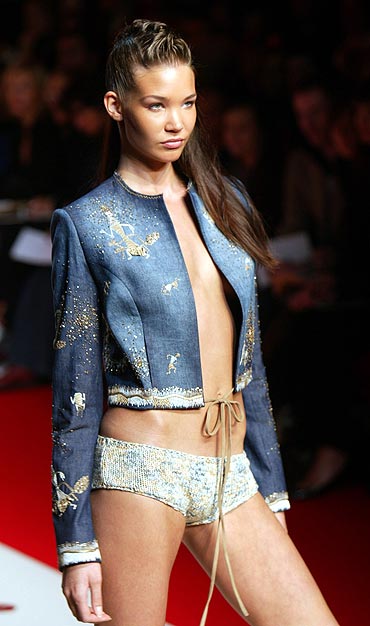 And Beri has never shied away from skin show, especially when it comes to her Parisian showings -- this jacket and boy shorts date back to Scherrer's spring/summer fashion show in Paris, October 2002. 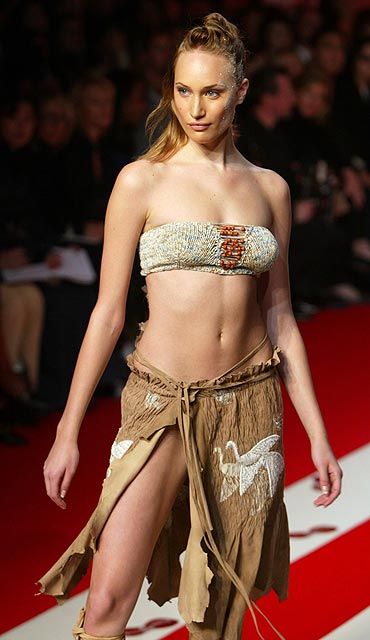 Another offering from the same show was this knit bandeau bikini, worn with a ragged-edge earthy wrap sporting a bird motif. 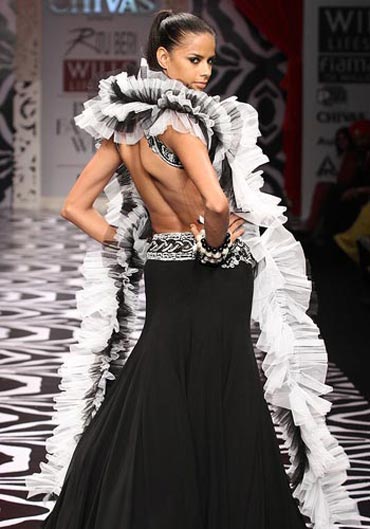 She can go from beach bomb sexy to glamour with the snap of a finger -- here, Bhavna Sharma poses in a backless floor-sweeping gown, complete with ruffled boa. 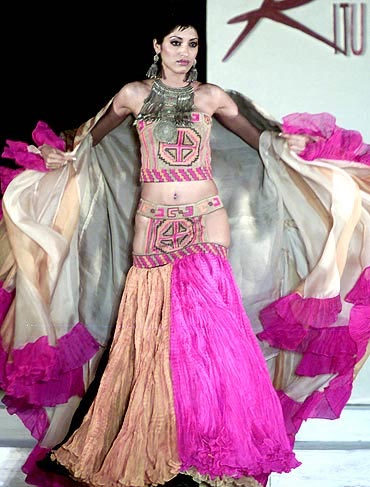 Beri brings her brand of feminity to ethnicwear too -- her Nirvana collection from 2001 saw Jesse Randhawa don this cut-away lehenga and matching strapless choli.

The designer's Indian roots show in her Western creations too -- this fusion outfit from her autumn/winter ready-to-wear line, showcased in Paris on March 17, 2001, teams the beauty of sparkling embroidery and a hot little choli with the radiance of an evening gown.