Sign in  |  Create a Rediffmail account
Rediff.com  » Getahead » 'If you are average in your attitude, reboot it'

'If you are average in your attitude, reboot it' 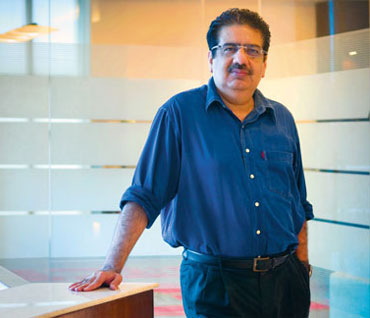 The small-town boy from Nagpur talks to Maheshwar Peri of Careers360 about his journey, and offers today's youth insightful gems on how to make your career work for you.

Where did you go to school and college?

I started my journey from Air Force Central School, Nagpur. Then I did most of my schooling in Uttarakhand, with a brief sojourn at Kendriya Vidayala, Gol Market. I was in a mixed medium school. Then I went to study at GB Pant Engineering College, from where I shifted to XLRI (Jamshedpur).

You are a small-town boy. How was it coming to Delhi?

In a big town competition is very high. Here, you compete with so-called 'like-minded' clones -- where everybody looks the same. But in a small town, the competition is not that intense. The level of self-confidence is high.

A competitive guy (I call a 'jumpy personality'), is one who is brought up in an environment where he finds people racing to get a star from the teacher. The conversation ends with the stars. They do not develop confidence, which is required for you to succeed. A small-town guy with 70 per cent versus 90 per cent (city guy) will be more of an assured person than a city guy.

You made a comment in New York that 50 per cent of American tech graduates are unemployable. Is this applicable to Indians too?

I said it in America and therefore it was taken in an American context.

Today's youth are unemployable. The IT industry trains its new recruits for six months. I am sure the manufacturing and retail industry also does the same. If they are really employable, then what is the point of such an extensive training?

I feel the gap is at out primary education level. For instance, the IIT test has nothing to do with the CBSE syllabus. The IITs are telling you that whatever you have studied in school is not relevant. At the industry level, we hire and train them and make them realise whatever they studied in college is not relevant. 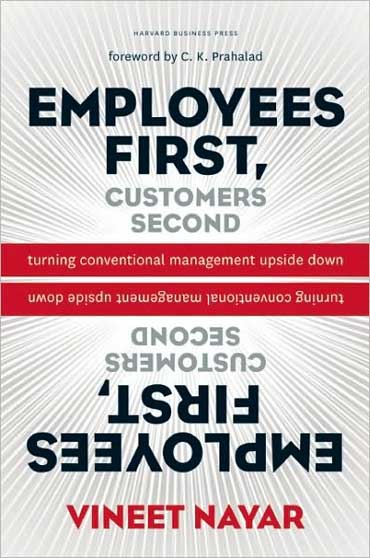 Your book Employees First Customers Second is employee-friendly. Unusual, coming from an employer in a competitive environment...

In a service economy, the true value is to create employees who are the interface between customers and the organisation. A company which uses employees to maximise the value and succeed must encourage, motivate and enable its employees to succeed.

In life, if you keep doing what others do then you continue to be one more egg amongst multiple eggs in a poultry farm. If you want to stand out as a company or individual, you must launch a series of experiments. You should open up your eyes and ears. Instead of being trapped to the history of what has succeeded and not succeeded, you take up your own experiments.

Every single person in this world is fairly unique. If you try and copy me then you would not be able to do it. It holds true for corporations also. Only the original thinkers succeed.

You danced in front of your employees...

It was not planned. The media puts a halo around a CEO's head. The CEO is a man with the same attributes as anybody else. It's just the fact that the hard work, a bit of luck and a bit of talent has brought him to that particular seat. But that does not make him so unique and distinct that he is very far from the rest. It is the momentum (media, announcement of results, your photographs are taken) which takes him up. I wanted that halo to be broken. I wanted people to understand the incompetence in me.

Two, was to make them understand that they are the owners of change and not me. I struggle on how to achieve that in a way it will create a lasting impact, which they will never forget in their life.

You say 'To sustain growth, you need to be on the side of truth'. Did you ever have to make that choice?

Lying comes easy, truth is difficult. It is only when you fall on your face hard enough that you wake up to the fact that the truth actually comes easier. For example, I was the product manager of a newly launched product. I knew that the product was not going to work as was promised. But in my passion to succeed as product manager, I was telling the sales guys that it was going to work.

The product did not work, I lost credibility with the sales guy and hence they were not willing to listen. Thereafter, I had to draw the line and say that I screwed up and made the mistake, re-drafted the whole thing. Suddenly, the momentum started. Now, that was a big learning for me.

I would not say that I am honest because I like to be honest. I would rather say I am honest, because it would work much better than not being honest. Being honest works better. It's not a moral statement. I wish to make a growth statement for young kids to try and be honest as it will really work for them.

'Assessment tests are not a good way to assess people' 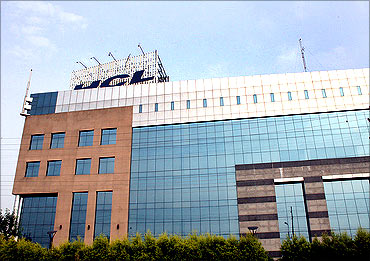 Your advice to those who did not get admission in the right B-school?

You must first understand that education is just limited to the first opportunity. The number of people who come through the branded B-school route at HCL is pretty high. It gives them a platform. But after entry, you have to dive and swim and most people do not succeed.

Those who do not get into branded schools must look for the right platform. They should demonstrate patience. You could attempt to get into a good organisation -- work there for a couple of years and simultaneously do your MBA. Or switch over to another course.

And one's approach to success?

It is what you define in your mind as successful that will make you. I can spot a good engineer or a dud MBA from a distance. If you are average in your attitude, then reboot your attitude.

I do not think assessment tests (GMAT, CAT) are a good way to assess people. Therefore, do not lose confidence; it is their inability to capture you. It is not your inability. Keep the faith in yourself and get started. I am sure you will get noticed.

We have the best student that India ever produced as Prime Minister of the country. What advice would you give him to develop HR for education in the country?

This PM created the RTI Act, which brought about transparency. This is something unique to our country. He is trying to build a higher amount of accountability within the government circle. We need to invest in education and it needs to be done right from the grassroots/ primary level to higher education.

We should be in the business of importing people to get education in India. For this, you need a regulatory, governance environment which should be as good as financial markets. I believe that education should be governed outside the ministries by institutions which are independent, professional and accountable for their actions.

He did that to open up our economy. He knows how to go about doing it, and I am sure, he will.