'At Facebook our goal is to find the 'next big idea'' Twenty one million Indians access Facebook across the world. So does Aditya Agarwal. But he logs in from inside FB's HQ in Palo Alto, reports Sandip Roy.

My father, a civil engineer, always complained that he could never go to a party without someone wanting to pick his brain about how to fix a leaking roof.

"That's what happens when you are in profession that really affects everyone," he would say ruefully.

Aditya Agarwal has a similar problem.

He doesn't build houses. Agarwal is a director of engineering at Facebook.

With 500 million users around the world, Agarwal can hardly go to any social event without hearing someone's pet peeve (or brainwave) about Facebook.

"But I don't mind it," says Agarwal. "It means that people are using it."

In a way that is why Agarwal joined Facebook about five years ago. It already seems an impossibly long time ago. He was one of the first handful of engineers there. Facebook had about one million users then. Agarwal, a graduate of Carnegie Mellon University, was just coming off a stint at database giant Oracle.

"Oracle's a fantastic company but it was not my cup of tea," he says. "I wanted to be much, much closer to the consumer." On Facebook when he designs a feature, millions of users will use it the next day. As they say on Facebook he "likes" that.

Agarwal grew up around computers. He says he got his first one when he was 11 and has been fascinated with them since. He also says he wanted to work in computer science because it still had a little bit of the wild frontier about it. "I wanted to work in a field where everything has not been solved yet," he says.

The problem that Facebook was created to solve is deceptively simple.

"We thought it would be an easy way to express identity on the Internet, express a connection between people," says Agarwal. "This was a fundamental human need that was not being done well on the Internet."

Some would say it still does not get done well. Is it really "communication" if friends think they are up-to-date with their friends' lives because they follow their status updates on Facebook instead of having coffee with them in the real world?

"All communication is complementary to each other," replies Agarwal.

"We are not replacing face-to-face communication. We are augmenting it. So the next time you meet, you already know a lot more about each other."

'We are looking for curiosity' 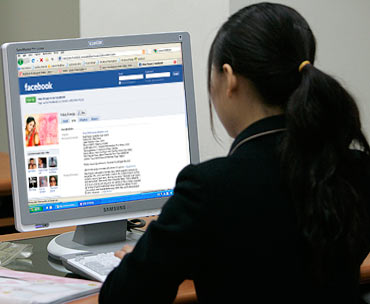 Something like Facebook probably would have been perfect for Agarwal when he was growing up. Though born in Dhanbad, now in Jharkhand state, he didn't spend much time in India. His father's job took them around the world from Cameroon to Singapore, from Indonesia to China.

His formative years were spent in Jakarta and Singapore where he was even part of the under-14 cricket team. "[All the moving] was a little difficult but I loved it too," says Agarwal. "You had to learn to make friends quickly. Luckily I always had my brother."

But it was a lifestyle that was tailor-made for the Facebook generation where friends can keep in touch without the limitations of geography and time zones. "It did prepare me for the global lifestyle we lead now," says Agarwal. "For example, I have no qualms about eating anything."

In Silicon Valley, which prides itself on privileging ingenuity over stuffy protocol, Facebook has become especially iconic. It's always wanted to be the nimble company that has its ear to the ground. Perhaps that was why it was somewhat taken aback by the fierce criticism it faced recently over its privacy settings.

"Negative feedback can be difficult," admits Agarwal. "But even within Facebook we do have rigorous internal debate. And we don't always reach consensus. Users are not always happy with our decisions. But we do have one principle -- it will be good in the long term."

With a user count above 500 million and growing, many of them really passionate users, Agarwal knows it's easy to set off a firestorm. But he says as a director his job is to figure out how to "scale up without losing our soul".

So to join Facebook, being able to write solid code is just the "minimal requirement". "We are looking for people who have gone beyond that," Agarwal says. "Maybe they have done open source projects. We are looking for curiosity."

On his own Facebook page he has a quote from Einstein. 'We act as though comfort and luxury were the chief requirements of life, when all that we need to make us happy is something to be enthusiastic about.' 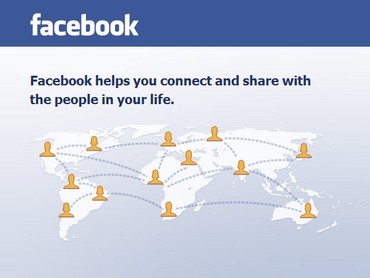 While most companies give new engineers training manuals to read for their first week, Facebook gives them a challenge. "We tell (them to) within one week make a change that is visible on the site," he says.

The aim is to try to keep that entrepreneurial 'can-hack' spirit they had in the early days.

Facebook is famous for its all-night 'hackathons' where engineers can work on something that's not part of their daily job for twelve hours. It's a party atmosphere fuelled by a lot of Red Bull. But the goal is to find the 'next big idea'. "And if it's good we will launch it," says Agarwal. "The early version of Facebook chat came out of a hackathon."

Agarwal himself has his fingerprints all over the Facebook page. He worked on much of its initial infrastructure -- the news feed, Facebook ads, the search engine. He explains that Web-based search engines didn't cut it for Facebook because they are not tailored for who you are.

"Google does not know who is searching," he says. "But we know when you are searching for someone, you are probably looking for a friend, a co-worker, someone who went to the same college. So our search needed to be based on the unique user, perhaps looking for the person who has maximum number of friends in common."

But while all this makes for great Powerpoint presentations at tech conferences, the fact remains that Facebook has become bigger than just technology. It's become a part of our cultural zeitgeist, people write books about its impact on how we interact with each other. Users have withdrawal symptoms when they haven't "facebooked" in a while.

It's also made Facebook engineers, especially its young founder Mark Zuckerberg, celebrities in their own right.

When Zuckerberg went to India to attend Agarwal's wedding, their photographs landed up on Gawker. Agarwal laughs embarrassedly and says luckily they were not mobbed by paparazzi.

"That would have been awkward," he says. But now there is a feature film about Facebook scheduled to come out soon. "We haven't thought too much about it," he says. "We try not to be focussed on the celebrity."

Is his character in the film? "Oh, I hope not," he says, sounding genuinely taken aback.