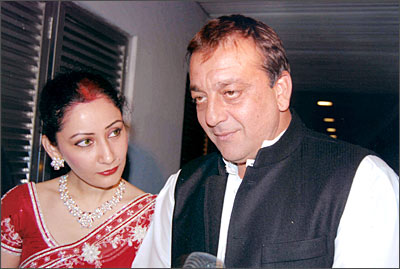 Newlyweds Sanjay Dutt and Manyata seem to be on cloud nine.

The couple celebrated their union at a party at Seijo, one of Mumbai's trendiest restobars in suburban Bandra, after solemnising their marriage according to Hindu rituals on February 9.

Sanjay's sisters, Priya and Namrata were not present. However, Namrata's husband, Kumar Gaurav made an appearance.

But that did not dampen Sanjay's mood as he waxed eloquent about his new bride. 'Manyata is an incredible woman. She knew that there would be difficult times ahead, but she was ready to come on board for the journey. We just wanted to be together. I have no doubt in my mind, in my heart, that she will make me an excellent wife,' Sanjay told The Times Of India supplement, Bombay Times.

This farmer's son is an IMA topper

Chirag Paswan has reaped what he had sown: JD-U

AAP to contest all seats in Gujarat in 2022 polls

Removed Chirag as LS leader to save LJP: Rebel uncle 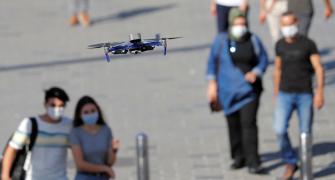