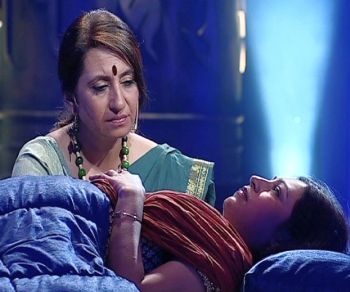 Dr Trupti Jayin, clinical psychologist and past life therapist, who is working on NDTV Imagine's new reality show Raaz Pichhle Janam Ka, discusses the theory of rebirth and her line of work with Rajul Hegde.

New reality show Raaz Pichhle Janam Ka, dealing with past life regression under hypnosis, is being launched tonight on television channel NDTV Imagine. Participants are to be hypnotised and made to remember and describe their past births, with a view to solving the problems they face in their current lives, in front of millions of TV viewers.

Past life regression is a technique that employs conscious meditative hypnosis and is believed to recover memories of previous lives. It is supposed to address fears, phobias and even physical ailments in our present day lives by finding their root cause, believed to stem from earlier births.

The therapy on Raaz Pichhle Janam Ka will be performed under the vigilant guidance of Dr Trupti Jayin, clinical psychologist and past life therapist, who runs Cozy Clinic in Mumbai. Excerpts from an interview:

Tell us a little bit about your background.

I am an occupational therapist and during my four-year course of training, I was always attracted to psychiatry. I decided to change tracks and subsequently did my MPhil in Clinical Psychology. My practice began at the Spastics Society of India where I worked with challenged children before turning to learning disabilities and other child-centric work. In my 23 years of practice I have learnt various forms of therapy, but found something missing whereby I could effectively engage the patient to make a change from within. This is when past life therapy literally walked into my life. My training in past life therapy began with my teacher Dr K Newton from Hyderabad and later in US.

How did you start practicing past life regression under hypnosis?

Much before my training I had already started practicing the Emotional Freedom Technique and was working on healing my patients. After my PLRT training, I suggested one of my patients try it out for her healing and she agreed. Her success encouraged others to opt for it and my practice grew in this therapy. Slowly, my doctor friends also sent their patients to me and now I have patients from all over India seeking appointments.

Does it really work?

Whether you are a believer, a non-believer or sceptic. Past life therapy is for anyone who is in need of therapy. It helps develop insight into the person's purpose of behaving in a particular manner and as the session progresses, the patient develops insight into his/her behaviour through a story that begins to surface from within him or her. Thus, the therapist becomes truly a catalyst and guide while the patient begins to create the subconscious story that seems to have molded him/her to become who s/he is. The whole process happens on its own with the complete control of the subject and in no way does the therapist suggest anything to the subject. Whatever unfolds happens on its own, that is the beautiful part of the therapy. During a training session, I found myself living the life of a tree. It is not necessary that a human being was a human being in a past life too (smiles).

How much time is required for a complete cure through this therapy?

I generally recommend 2-3 sessions, depending upon the problem. Physical ailments need more sessions at various intervals. Fears and phobias are easier as compared physical problems.

What is the rate of success of this therapy?

The success rate of PLR is about 85 percent and the reason for 15 percent failures is that the subjects don't get regressed out of fear. Patients write to me saying that therapy has made them more accountable.

Isn't delving into one's past life too serious an issue to be treated on a platform like a reality show?

It is no mumbo-jumbo but scientific therapy. We are not here to have fun at anyone's expense or to over-dramatise anything. Our only purpose is to relieve people of their suffering and help them find the answers to certain unexplained problems in their lives.

For example, someone might be petrified of heights for no clear reason while another may have recurring dreams of being drowned or scared of crowds. Why do you like someone so much, why do you feel inexplicable hatred towards another? Through these sessions, we will help them to search out the root of their problems and phobias.

Some people who participated in the show have already benefited from the technique. They were able to trace the problem back to their previous lives and solve it in their current life to a great extent. Our intentions are pure and we are sure that the audience will realise the seriousness with which we have put the show together.

Are there any risks involved?

We do not advise this therapy for patients with schizophrenia, arthritis, those who have suffered a stroke or have a weak heart. We have not allowed such people to come onto Raaz Pichhle Janam Ka. The entire regression process on the show is done in one go, even if it takes two-three hours. Whatever we are doing on this show is ethical. I wouldn't come on this show if it weren't.

Does medical science validate the past life theory?

I can't say that, but there are many doctors in different parts of the world who are practicing past life therapy. The Medical Council of India doesn't approve of hypnosis either, which is used by several doctors.