The Nintendo Wii: A touch of magic

The latest generation of consoles has three main contenders: Sony's PlayStation 3, Microsoft's Xbox 360 and Nintendo's Wii. The last is the least well known in India but in some ways has the system best suited for the average gamer.

Let's take a look at the Nintendo Wii and a few of the best games that you can play on it.

The essential idea of the Wii is that fun games don't necessarily require cutting-edge graphics. While its competitors the PS3 and the Xbox 360 chose to build much more powerful and expensive machines the Wii focuses on innovative controls and games which are accessible to anyone. This is done through the motion-sensitive remote which allows you to play the game by moving your arms rather than pressing a button.

The motion controls are best demonstrated through Wii Sports which comes free with each machine and features five sports: tennis, golf, boxing, bowling and baseball. You should be able to find a demo version in big electronics stores across India.  It's a lot of fun playing by moving your arms like you would in a real game instead of just pressing buttons. The tennis and bowling games are especially enjoyable and are great for playing with a group of friends or with your family. 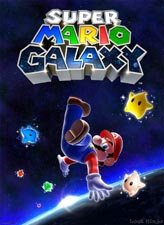 The Wii does not have quite as many games as its competitors but still it has seen a number of great games several of which are exclusive to the system which means that they can only be played on the Wii. The best of these are created by Nintendo itself and feature its famous characters created over the decades.

Probably the most famous of those is Mario the plumber who has been entertaining gamers for more than 25 years with a variety of platforms, puzzles and racing games. The latest Mario game, Super Mario Galaxy, is reckoned by some to be the best ever and is perhaps the best Wii game to date. As the name suggests it is set in outer space where Mario has to travel from planet to planet solving puzzles and defeating enemies.

Other games with Nintendo characters are Metroid Prime 3, an adventure game set in outer space and Super Smash Bros Brawl: a fighting game. Among the non-Nintendo games perhaps the most interesting is Boom Blox, designed with the help of Steven Spielberg and featuring hundreds of physics-based puzzles where you break up elaborate structures made of blocks using various projectiles.

The bottom line when it comes to games is that the Wii may not have as many games as the PS3 and Xbox but it has some unique games with a wide appeal that goes beyond traditional gamers. Since the Wii has sold maximum number of machines by far you can expect more great games in the next couple of years as developers find ways to exploit its unique controls.

Drawbacks of the Wii

The Wii isn't perfect and is behind its competitors in some areas.

For example its graphics are not quite as advanced and its processor isn't as powerful. However, this isn't quite as important as it seems, particularly, if you have a regular non-HD television; in that case the full power of cutting-edge graphics is largely wasted anyway.

Unlike the PS3, the Wii lacks the ability to play blu-ray discs; again for most buyers this probably doesn't matter much since the format is only in its infancy in India and will take a few years to mature.

One area where the Indian edition of the Wii does miss out, however, is on pricing.

If Nintendo could lower its price to around Rs 18,000 it would make the Wii a truly formidable competitor.

Are you a gadget guru? Are you completely tuned in to the world of technology and innovation? Do you think you have what it

takes to review the latest laptops, mobile phones, digital media players, cameras, etc?
Please write to us at getahead@rediff.co.in. Don'tforget to mention your name, designation and photograph. We will publish the most articulate entries.