Meru lived in a small two-storey house in San Jose, California with her truck driver father and a mother who was a quality inspector on an assembly line.

In comparison with other Sikh families in the area, her family was less orthodox; Meru herself was a popular girl at school, moving around with her Latino friends while getting to know area desis.

She loved her family while simultaneously resenting the paranoia that made them prevent her from going out on her own. "We just want to get out and relieve some stress sometimes," she tells professor and author Shalini Shankar. "They are afraid I'm going to become my own individual."

Meru is one of many desi students whose lives are explored in Desi Land, Teen Culture, Class and Success in Silicon Valley by Shankar, the first book to study desi youth culture in the region.

Currently an assistant professor of Anthropology and Asian American Studies at Northwestern University, Shankar studied the subject over a period of years, ending it three years ago by revisiting some of the young people she had first looked at. Presented here are excerpts from an interview: 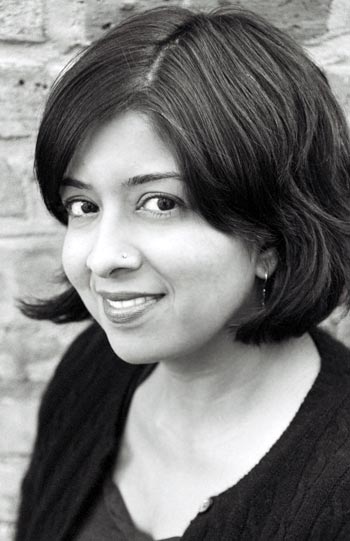 How did your own youth prepare you for this project?

I believe my academic training prepared me much better for this project than my youth did, as my life was quite different than these teens. As I mention in the book, I grew up in Queens and in a New York suburb. Although there was some ethnic diversity, it paled in comparison to what I encountered in California.

I had, however, spent a lot of time at family and community events as a child and youth, and perhaps have a much higher tolerance for such gatherings than the completely uninitiated. Having visited India throughout my childhood and youth, watched Bollywood films with my mother, and speaking some Tamil all probably helped as well. Finally, as a college student at Wesleyan University, I conducted field research in Mumbai with college women about changing aspects of popular culture and social life in a globalising city. All of these things informed the project. In addition to academic training in graduate school, I also completed a Hindi language intensive course in Udaipur.

What can social workers, researchers, parents and young Indian Americans take from your book?

We should complicate our ideas of success and the ways in which we evaluate and assess it in the lives of youth and their families. The idea of the 'model minority stereotype' and the huge expectations it creates for young people is very real in Silicon Valley, like other places. Whether youth struggle to live up to this stereotype or disappoint school faculty by coming up short, little attention is paid to the underlying socioeconomic factors that have been shown to influence academic and social life at school.

Class position, upward mobility and parental education levels are all important, as are the realities of entering the job market to support one's family. Understanding this range of experience, and how class status differently affects meanings of race, ethnicity, gender, and performance for youth, need to be looked at more systematically and on a case-by-case basis.

Readers may also be interested in the broader use of the category of desi, as one that does not focus exclusively on one ethnic, national, or religious group. So, readers can take from the book a truly diverse range of experiences of what 'desi' means than they perhaps know from their own life experiences. The ways in which class, religion, gender, and other aspects of social life affect the meanings of these ethnic categories, and how they are made meaningful in people's lives, are emphasised in the book.

How did you get interested in Silicon Valley youth?

As an anthropologist, my theoretical areas of interest are race and ethnicity, language, media, consumption, and youth culture. I was interested in examining these areas in the South Asian Diaspora, and Silicon Valley was a good site for this. I especially wanted to foreground youth perspectives, as there was relatively little scholarship that presented their point of view.

What are some of the things that surprised you in your research?

I was surprised by the size of the ethnic communities, how closely-knit they are, and how youth are invested in these social formations. For instance, when people invited me to graduation and birthday parties, these events often turned out to be large, multi-generational celebrations in restaurants or other venues. Needless to say, most of the weddings were massive. I was also surprised by the diversity of viewpoints and opinions among youth, and this made it difficult to typecast teens as being simply one way or another. Youth were very vocal about their viewpoints and opinions, even if these views set them apart from their peers.

What are some of the things that sharply differentiated desis in your book from their counterparts in New York or in some other city, say, Houston?

I can't speak accurately about young desis in Houston, as I have no information about this population. In New York, the studies have focused on college age youth and above. What I can say with some certainty is that Silicon Valley, like other parts of California, is an extremely diverse region in which Asian Americans have a strong public presence. Desis, Vietnamese Americans, Filipino American, Chinese Americans, and other populations from Asia are visible, vocal, and often live in large, thriving ethnic communities. I believe this contributes to some of the self-confidence and openness about racial and ethnic identity that I document in the book.

Do you think the Desi Land has changed much since you wrote the book? Your research was completed about five years ago.

Silicon Valley has changed economically, with the high tech industry outsourcing more of the service and production that used to be based there, as well as the slower but notable growth of other industries in this region such as biotechnology. As for the communities and people I discuss in Desi Land they are, for the most part, still there and living lives quite like what I document in the book. So while they are affected by these economic changes, the basic types of social relationships and connections to this region appear to have not changed in any significant way. I cover the major aspects of this change in the conclusion of my book.

There are many novels about Indian immigrant experience in America. Have you read any of them? If so, what are your favorites?

I have read a number of earlier novels as well as more recent ones, along with poetry, short stories, and screen plays. I have been a long-time fan of British-based author Hanif Kureishi. From this side of the pond, I have enjoyed some works but also find that some, especially those by more celebrated novelists, seem to be writing the second generation experience for non-desi audiences, especially white Americans. As a result some, but certainly not all of these works appear somewhat less complex, but easily marketable for their exotic content and immigrant angst.

Have you seen the film The Namesake? What did you think of the way it showed the children of immigrant parents?

I have seen the film and read the book, and it seems to be set in a slightly earlier time frame than the one my book covers. That is, it seems like Gogol experiences the archetypal early ABCD experience of feeling disconnected from his parents but being unable to find a satisfying place for himself in American society. I consider this experience as a temporal and spatial contrast to my study, because there are simply greater numbers of desi teens now, and those who live in diverse ethnic regions may not experience Gogol's isolating, singular ethnic experience. They are both important phases of the diasporic experience, but should be seen as distinct from one another in these and other ways that may be meaningful to people experiencing them.

Tell us about your current project and its significance, and the progress you have made?

My goals are to document the emergence of this niche sector of the advertising industry, examine how it differs from general market advertising, and illustrate how they are working with African American and Latino agencies in the area of multicultural advertising.

The project is significant because it will further understandings of how racial and ethnic meaning is actively created from census and market research, produced for commercial purposes, and circulated in a variety of media, with regard to Asian Americans in particular. To date I have conducted approximately three months of field research and have scheduled more in the upcoming year.

'Should I go abroad for MBA studies?'