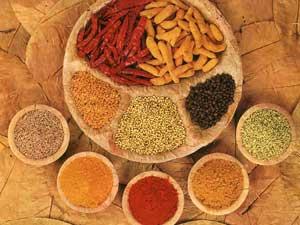 India is known as 'the home of spices'. From the ancient times India has been a hub of spice cultivation, processing and export. Spices are well-known as appetisers and are considered essential in the culinary art all over the world.

Apart from adding colour, flavour and taste, consumption of spices provide infinite health benefits. For instance, spices intensify salivary flow. They cleanse the oral cavity from food adhesion and bacteria, they help to check infection and caries and protect the mucous membrane. Spices act as stimulant to the digestive system and helps digestion in many ways. Stroke frequency and blood pressure can be diminished or augmented by means of spices. Some may even be a substitute for your costly beauty products and even medicines.

Here are the top 10 kitchen spices that have healing effects:

1. Fenugreek (methi): It is mainly used as a green leafy vegetable and seeds are used for seasoning and preparing masalas. It also has many medicinal uses. Fenugreek seed and leaves are good for increasing breast milk in lactating women. It is also helpful for treating diabetes and lowering cholesterol as it helps in reducing blood sugar levels. You can consume it either by incorporating it in your diet or chewing its seeds (after soaking them overnight). Fenugreek also helps in maintaining a good metabolism and prevents constipation. It purifies blood and helps in flushing out the harmful toxins.

2. Coriander (dhania) leaves/seeds: All parts of the coriander plant are edible, but the fresh leaves and the dried seeds are commonly used in cooking. Seeds can be roasted or heated on a dry pan briefly before grinding to enhance and alter the aroma. The leaves of coriander are stimulant and tonic. They strengthen the stomach, relieve flatulence and increase secretion and discharge of urine. Coriander seeds reduce fever and promote a feeling of coolness. Coriander juice is highly beneficial in deficiencies of vitamin A, B1, B2, C and iron. One or two teaspoons of coriander juice, added to fresh buttermilk, is highly beneficial in treating digestive disorders such as indigestion, nausea, dysentery, hepatitis and ulcerative colitis. It is also helpful in typhoid fever. Regular drinking of coriander water helps lower blood cholesterol as it is a good diuretic and stimulates the kidney. It can be prepared by boiling dry seeds of coriander and straining the decoction after cooling.

3. Chillies (mirch): Your eyes may start watering just with the name of it, but you would be surprised to know that these spicy ones have healing power too. Since ancient times, chillies have been used by healers to cure a variety of ailments. They have been used externally to relieve pain and internally to cure anything from yellow fever to the common cold. The active ingredient in hot red peppers is a compound called capsaicin, which gives it that unique sting. Capsaicin triggers the release of endorphins in the brain, which has a pain relieving effect similar to that of morphine. Their high vitamin C content can also substantially increase the absorption of non-heme iron from other ingredients in a meal, such as beans and grains.

4. Turmeric (haldi): Although usually used in its dried, powdered form, turmeric is also used fresh, much like ginger. Turmeric is sometimes also used as an agent to impart a rich, custard-like yellow colour to the dishes. In Ayurvedic practices, turmeric is thought to have many medicinal properties. Many use it as a readily available antiseptic for cuts, burns and bruises. It also makes coping with diabetes easier. Raw turmeric juice is used to treat hyper acidity and indigestion. The juice of raw turmeric also acts as a blood purifier. Curcumin -- an active component of turmeric, has antioxidant and anti-inflammatory properties, making it useful for treating arthritis, inflammatory conditions and possibly cancer. Turmeric is also an inexpensive and indigenous beauty aid. It is used in the formulation of some sun screens. Smearing with turmeric paste cleans skin and beautifies it. Its antiseptic and healing properties prevent and cure pimples.

5. Clove (laung): Cloves can be used in cooking either whole or in a ground form, but as they are extremely strong, they are used sparingly. Cloves promote enzymatic flow and boost digestive functioning. They are used in various forms of gastric-irritability and dyspepsia. Licking the powder of fried cloves mixed with honey is effective in controlling vomiting. Chewing a clove with a crystal of common salt eases expectoration (the process of coughing up and spitting out) relieves the irritation in the throat and stops cough in the pharyngitis -- that is, inflammation of the pharynx. Clove is an effective remedy for asthma. A teaspoon of decoction prepared by boiling six cloves in 30 ml of water can be taken with honey thrice daily as an expectorant. The use of a clove in toothache decreases pain. It also helps to decrease infection due to its antiseptic properties.

6. Cinnamon (dalchini): An aromatic smelling bark, cinnamon is widely used in most kitchens. It is principally employed in cookery as a seasoning and flavouring material. Ancient Chinese references mention about use of Cinnamon as early as 2700 BC as a medicine for relieving nausea, fever, diarrhoea and menstrual problems. Cinnamon is used for stimulating gastric and digestive juices and carminative. It is an antiseptic that helps kill bacteria which cause tooth decay and gum disease, and that is why most of the tooth pastes are cinnamon flavoured. It also kills many fungi and viruses that cause diseases. It helps calm the stomach, clears up urinary tract infections. In diabetic patients, it helps metabolise sugar in a better way using less insulin.

7. Black Pepper (kali mirch): Pepper is one of the oldest and most important of all spices. It is usually dried (known as peppercorn when dried) and used as a spice and seasoning. Black pepper is useful in relieving flatulence. Pepper has a stimulating effect on the digestive organs and produces an increased flow of saliva and gastric juices. Powdered black pepper, thoroughly mixed with malted jaggery (gur), may be taken in the treatment of such conditions. Alternatively, a quarter teaspoon of pepper powder mixed in thin buttermilk can be taken during indigestion or heaviness in the stomach. For better results, an equal part of cumin (jeera) powder may also be added to the buttermilk. Three peppers sucked with a pinch of cumin (jeera) seeds and a crystal of common salt provides relief from cough.

8. Cardamom (elaichi): Cardamom is the "queen of spices"; it is one of the most valued spices in the world. Cardamom has a strong, unique taste, with an intensely aromatic fragrance. Cardamom is used chiefly in medicines to relieve flatulence and for strengthening digestion activities. Ground cardamom seed mixed with ginger (adrak), cloves (laung) and coriander (dhania), is an effective remedy for indigestion. A tea made from cardamom is valuable in headache caused by indigestion. This can also be used as a remedy in the treatment of depression. Green cardamom is broadly used to treat infections in teeth and gums, to prevent and treat throat troubles, and congestion of the lungs. Daily gargling with an infusion of cardamom and cinnamon (dalchini) cures pharyngitis, sore-throat and also protects one from flu.

9. Cumin (jeera)/Carom (ajwain): Cumin and Carom seeds are both used for cooking and also possess many medicinal properties. They are a good source of iron and keeps immune system healthy. Water boiled with cumin seeds is good for coping with dysentery. Cumin (also known as Caraway) oil is specially used to remove flatulence. Also a cup of tea made from caraway seeds taken thrice a day after a meal will give relief. The tea is prepared by adding a tsp of caraway seed in 1.5-2 litres of boiling water and allows simmering on slow fire for 15 min. Strain and sip hot to get best of results.

Ajwain is mucous-clearing and beneficial in treating respiratory diseases. A mix of the seed and buttermilk is effective for relieving difficult expectoration caused by dry phlegm. A hot fomentation with the seeds is a popular household remedy for asthma. Ajwain is good for muscular pains the seeds should be fried in coconut oil and should be massaged as a liniment in treating this condition. Ajwain shouldn't be used in excess as it can cause dryness of fluid and damage your eyes.

10. Asafoetida (hing): Asafoetida is used as a digestive aid, in food as a seasoning. Its odour, when uncooked, is so strong that it must be stored in airtight containers otherwise the aroma will contaminate other spices stored nearby. However, its odour and flavor become much milder and more pleasant upon heating in oil or ghee. It has many medicinal uses. For gas and flatulence, you may add a pinch of hing to buttermilk with a pinch of salt and drink it after meals. In case of stomachache, a little hing should be dissolved in water and the paste should be applied on the navel. A piece of hing placed on an aching tooth, reduces pain. Raw asafoetida may be given to the patients in lung infections like bronchitis in dosage of 5gm per day. It can be fried in ghee and given to the patients suffering from neuro-muscular disorders such as sciatica, facial palsy, paralysis etc. for relief from pain. In breathing disorders such as coughs and cold, it can be consumed in dosages of 12-15 gm for relief. You can even apply hing on an itching skin for relief.

Though these spices provide innumerable benefits they should be used sparingly. The excessive use of spices in food can cause harm to the health. Try to make specific use of these spices. This will help you to make optimal use of the resources provided by nature. Strike the right balance and add some spice to your life. 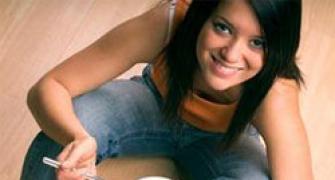 10 foods to boost your mood 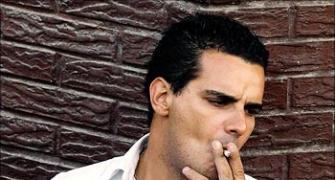 Here's how you can quit smoking 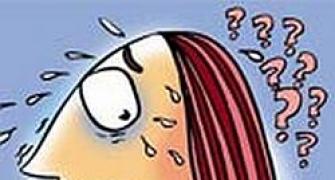 Getting job on compassionate ground not a right: SC

The looming winter of discontent that awaits India 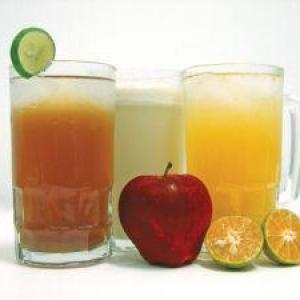 Guess what? Sex is good for you!