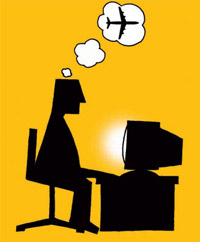 But that is not the ony reason why Indian students continue to flock to the country. "Recession is a temporary phase and our students in New Zealand are a much happier lot on account of jobs and the quality of education they are getting," says Pankaj Malhotra, Immigration New Zealand's (New Delhi) former visa officer, during the course of an interview with RMS Atwal. Mr Malhotra is currently heading Exodus Overseas, Educational & Visa Consultants for New Zealand.

Excerpts from the interview:

What is the present New Zealand study scenario in light of Australia and UK situation?
I can only say that students are still going to New Zealand. The situation which has happened in Australia is quite unfortunate. Also, a huge number of students have gone to the UK. However, many of them are coming back from the UK because they are not happy with the current situation there as reported by the media here. In New Zealand we have not seen such incidents and haven't seen any student coming back just because they were unhappy. Students in New Zealand are getting part-time jobs within one to three months of their arrival there. And, they are adjusting well in New Zealand. They are happy in the schools they are studying in.

As per the updates I have received from students we have sent, I think everything is fine with them and they would prefer to settle down there on completion of their studies.

Right now, security is the main concern for Indian students and their parents. How would you allay their fears?
There is no such thing as lack of security in New Zealand and overseas students need not worry on that aspect. As per worldwide security surveys on quality of living in New Zealand, the country is rated among the top places in the world where the crime rate is very low. No wonder, overseas students are a happy lot over there and students are flocking to the island nation.

So, can we say the number of Indian students to New Zealand has increased in the recent past due to the UK and Australia situation, or due to the quality of education in that country?
As far the number of students is concerned; the number has not gone up as such. In fact, it has gone down if we compare with the same period last year.

The main reason is many students prefer to go to the UK at the moment because of 'no IELTS' requirement for that country and the application process is much simpler for the UK.

Talking of 'No IELTS', is New Zealand too thinking on those lines just to push up their students' intake for the sake of higher revenues?
No, I don't think so. The IELTS is required, especially for students from Punjab -- who have studied under the Punjab board. New Zealand is not considering relaxing the entry requirement for students just to boost the numbers. 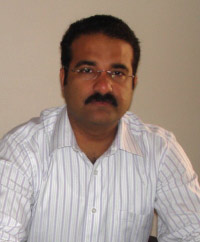 In what way has the global recession affected New Zealand education and its work culture?
What New Zealand has done to address the recession is they have tried to accommodate the current workforce. So, people have not lost their jobs as such but their working hours have been reduced till the situation improves. This shows that New Zealand cares for its workers. Their philosophy is, instead of firing employees just reduce their hours. Something is better than nothing.

But what about students? How has recession affected them?
Recession has had an effect on students too. Students need some time to adjust to the NZ environment and the work culture, but most students do get jobs within one to three months of their landing in the country.

Being a former visa officer, would you say the immigration rules have become tougher during the last few years?
I haven't seen any change in student immigration policy since my days in the High Commission. Paperwork securitisation has always been strict in the mission and is of very high standard. There is no relaxation as far the application processing is concerned. My suggestion to Indian students is that they should keep all their paperwork in order. And no 'fraudulent documentation' should be there along with the application. I don't think there should be any problem in seeking a visa if you follow their immigration policy and submit the application with correct paperwork.

Have you seen any recent student visa rules changes?
Following complaints from education consultants regarding undue delay in visa approval, if the Immigration New Zealand finds an application with a 'positive profile' they send it to their office in Bangkok or in New Zealand itself.
Consequently, students are getting their visas in 15 working days.

Could you name certain courses which are in high demand these days which can make the students easily employable on study completion?
Most of the diplomas do lead to permanent residency as soon as students are able to get a job which is related to their field of study in New Zealand. Currently, courses in hotel management and cookery are in high demand. However,
looking at the present scenario, all other courses like information technology, business and management are in high demand as well.

Any advice to students?
I must say that when students file their paperwork, they must make sure that all their documents are genuine. Fraudulent documentation can land them in trouble. Once caught, students won't ever be able to go to NZ. After all, truth always prevails. Good luck!

RMS Atwal can be reached at rajatwal55@yahoo.com

Study US: 'Visa interview should not scare you'

All you need to know about US student visas