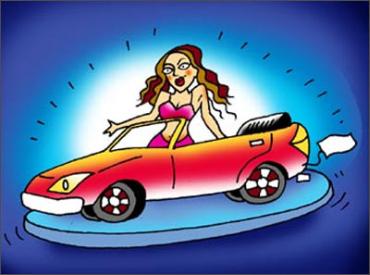 Recently, an incident reported in media caught everybody's attention, where a lady who was allegedly drunk and was under the influence of alcohol banged her car into a traffic policeman, as well as a biker whom the traffic policeman was checking.

Sadly both died in this unfortunate accident.

There are many such instances that have been highlighted by the media in the past also. It is worth mentioning that at least in Mumbai we have seen that the traffic police's consistent drive against drunk driving, has succeeded in reducing the road accidents to a significant extent, thus clearly establishing the connection between drunk driving and accidents.

In fact the Motor Vehicle Act states that if any person while driving  (a) has in her/his blood, alcohol in any quantity, howsoever small the quantity may be or (b) is under the influence of a drug to such an extent as to be incapable of exercising proper control over the vehicle shall be punishable for the first offence with imprisonment for a term which may extend to six months. So drunk driving carries stiff legal penalties besides the social stigma that it brings and of course it also has an impact on your insurance policy.

Let's turn to the impact of drunk driving on matters of insurance.

If we look at life insurance, there are two things to consider:

My colleagues and I spoke to various life insurance companies and also looked at various policy documents. We believe that the death caused in the above circumstances would still be covered under the basic life insurance policy, although in most cases if s/he has taken an additional rider for accident insurance (to pay additional sums of money over and above the basic sum insured in case of death due to an accident or the accidental disability benefit), it will not be granted to the person driving under the influence of alcohol.

If we look at the Motor insurance policy documents then the reading of the policy documents and discussions with the general insurance companies seem to suggest that the affected third parties (in the reported case the policeman and the motor bike driver) will still be eligible to be paid the damages despite the driver causing the accident while under the influence of alcohol.

In most countries drunk driving or speeding gets you not only a suspension/cancellation of license but it also increases the insurance premiums for the future. But in India car insurance policies are not issued in the driver's name. In the UK your car insurance premium will depend on the age and the driving records of the named driver (and if you name more than one driver the premium will be higher) and the insurance monies are not payable if a driver who is not named in the policy causes the accident.

Since selective increase in car insurance premiums is not an option in India, everybody has to share the burden of the losses caused by a few drivers who indulge in drunk driving.

So more power to the Mumbai traffic policeman (and their counterparts in other cities) who make sure that the road accident rates come down by strictly enforcing the rules against drunken driving.

Remember this the next time you grumble about the delay caused at a checkpoint while returning home late from the office or a party. And if you have downed a few and have still chosen to drive, I hope they put you in a cell and throw the key away.

Plan your summer vacation smartly and save big