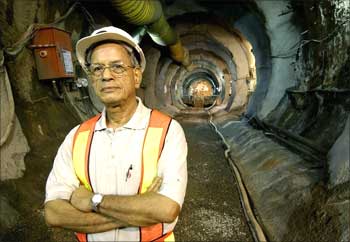 Here, in today's feature we look at Elattuvalapil Sreedharan's journey.

Men sporting bright yellow safety helmets and fluorescent jackets and digging up busy roads is a common sight in
Delhi these days. The Delhi NCR region is connected like never before, and the Delhi Metro Rail Corporation (DMRC) project continues, full throttle. And the force behind this venture is Indian-born and educated Elattuvalapil Sreedharan.

Hailed as 'The Metro Man', ES, now 77, stumbled upon the job of Metro Chief, by chance. He was part of a search
committee launched by the state government to locate a suitable person to head The Delhi Metro Rail Corporation, as
its managing director. The search did not yield even one suitable candidate, so the government insisted he take up the position. ES very hesitatingly agreed stating that he was not interested in salary or perks, but he needed a set-up free of
political and bureaucratic interference to work. The government agreed.

Thus started a journey, sans any frills and fanfare. He had no office, and not even a chair or phone to use. He worked
out of a make-shift office room with a few of his close associates, who came with him from his earlier workplace, the
Konkan Railway. The Metro Rail team built up gradually; general consultants were added, contractors engaged along
the way and site workers, hired.

(As told by Anuj Dayal, chief PRO, DMRC to Urmila Rao. He has been working with ES for the last 12 years) 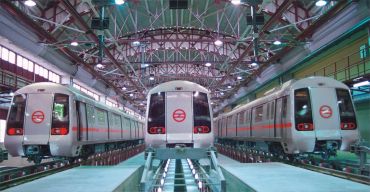 The youngest of eight children, ES got very little parental care. But his only sister, now aged 101 and his elder brothers made up for it with their love and attention. Born in a remote village in the Palakkad district of Kerala, ES attended an ordinary school. He walked a long distance to reach it every day.

As a student, he was bright and always topped his class. He also enjoyed building mud houses, bridges and roadways in the compound, an early expression of his engineering instincts. He went on to join Victoria College in Palghat and then graduated as an engineer from the Government Engineering College, Kakinada, Andhra Pradesh. He briefly taught civil engineering at the Government Polytechnic, Kozhikode, apprenticed with Bombay Port Trust for a year and later joined Indian Railways.

The 760-km long Konkan Railway Project was not only an engineering challenge as it involved construction of a bridges and tunnels over a rough terrain but a financial one as well. But under his guidance, the project was completed well in time and without cost overruns.

The Konkan Railway project put him in the spotlight, but one of his biggest challenges was the restoration of the Pamban Railway Bridge linking Mandapam and Rameshwaram in Tamil Nadu. In 1963, 126 of the bridge's 146 spans (distance between two supports of a bridge) were washed away by a tidal wave. He restored the bridge in 46 days against the target of six months by the government. 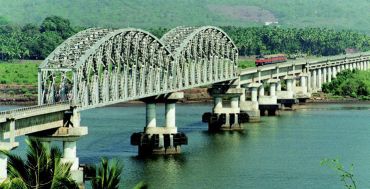 A stickler for punctuality, he starts his day early; mediates and reads the Bhagvad Gita, a two-hour daily ritual which he has been following for years. At work, he doesn't stay back after 6 pm, and doesn't subscribe to late working hours. Every new employee of DMRC is gifted a copy of the Bhagwad Gita, regarded by the corporation as a self-management book and not a religious text.

He also understands the value of time; the Delhi Metro is 99.9 per cent punctual. Detailed planning and analysis of the situation, followed by practical solution is his strategy for effective functioning.

Simple living and high thinking
For a man who takes on high-tech complex projects, his lifestyle has always remained simple A vegetarian, he is a frugal eater. He doesn't consume milk products, but relishes bananas.