Airline experience: 'He was a pervert!' 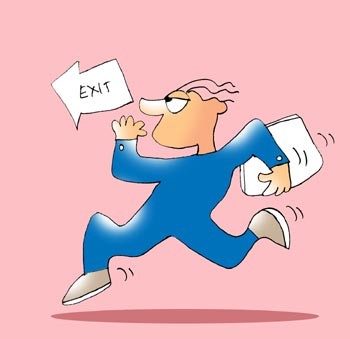 We recently discussed airline bloopers and invited readers to share their air travel stories with us. Here, reader Suchi Bose* shares her story of being pestered by a pervert on board a flight. Illustration: Uttam Ghosh

I had a harrowing experience while I was travelling from Bangalore to Heathrow, a couple of years ago. I was travelling alone and am quite used to the route. I boarded the aircraft and sat down, and I noticed a middle-aged man in the seat next to mine. As soon as the plane started taxiing, he struck up a conversation with me. I was fine with that, as I often talk to fellow passengers.

This man (it would be wrong to use the term 'gentleman' for him) did not know the line dividing personal and social questions and conversation. He started saying how unhappy he was that his wife had stayed back and proceeded to ask me all about my relationship status. This irritated me and I started to ignore him by looking out of the window, or reading a book. Then, slowly, I could feel his elbow pushing me. I firmly asked him to shift his hand. Repeatedly asking him to do the same thing still did not bring about any change in this shameless man. So I quietly asked the air hostess if my seat could be changed, and they accommodated me in a row of empty seats.

I thought I was now left alone in peace and went off to sleep. But the peace was shortlived. Sometime later I woke up, and this guy was sitting besides me in one of the empty seats, trying to feel me up! I lashed out at him, and he just got up and walked away. The flight was about to land and the crew was carrying out the landing procedures, so I ignored his misbehaviour and got off the flight.

At the luggage counter, I did not take a trolley as I had only to collect my single piece of baggage (I was travelling light). He just came out of nowhere and snatched the bag from my hand, putting it in a trolley himself. As I ran after him, I found him booking a taxi for both of us (in decent conversation I had mentioned where I would be staying).

That was really the limit...I then went to the airport security and complained verbally. When he saw me complaining, he just made his exit asap.

Airline experience: 'She annoyed me for 12 hours!'

Airline experience: 'They started hitting each other!'